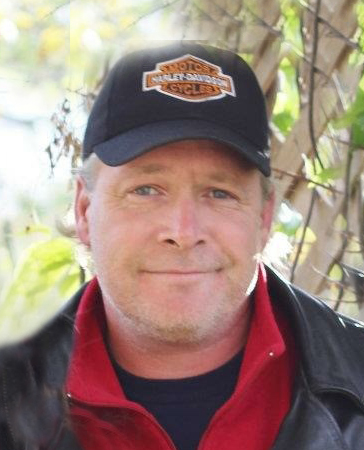 Memorial services for Christopher A. Benson of Hancock, MN, will be Tuesday, January 29, 2019, at 11:00 a.m. at Our Redeemer’s Lutheran Church in Hancock, MN. Visitation will be one hour prior to services at the church on Tuesday.

Christopher A. Benson, son of Allen and Susan (Miller) Benson, was born September 4, 1971, in Morris, Minnesota.  He was baptized and confirmed at Our Redeemer’s Lutheran Church in Hancock.  Chris grew up and attended school in Hancock.  Following his schooling, he worked as a welder.  He was united in marriage to Jeanine VerSteeg on November 26, 1997 in Sisseton, South Dakota.  The couple made their home in Hancock, Minnesota.  In 1998, Chris began working at Hancock Concrete as a welder.  He continued to live in Hancock with his wife and two children until the time of his death.

Chris enjoyed working on cars, fishing, deer hunting and his dogs.  Most of all, he enjoyed spending time with his kids and friends.

He was preceded in death by his grandparents: Olie and Agnes Benson and Raymond and Roberta Joann Miller-Opyt; two uncles: Curtis and Wayne Benson; aunt and uncle: Marilyn and Marvin Grammentz and cousin: Michael Steen.

Memorial services for Christopher Benson are with the Pedersen Funeral Home in Morris.