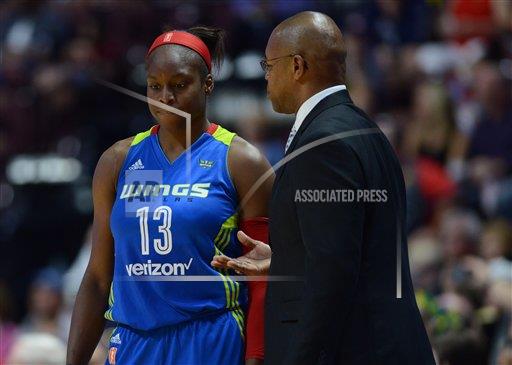 MINNEAPOLIS – The Minnesota Lynx today announced the team has signed free agent forward Karima Christmas-Kelly. Per team policy, terms of the deal were not disclosed.

“We are very excited to welcome Karima Christmas-Kelly and her husband, Austin, to the Minnesota Lynx family,” said Lynx Head Coach and General Manager Cheryl Reeve. “Karima is known to be a fierce competitor who is also a tremendous teammate. These qualities, along with her versatility on the court offensively and defensively, make her a valuable addition to the Lynx roster.”

Christmas-Kelly, a WNBA champion with the Indiana Fever in 2012, joins the Lynx after eight seasons with the Dallas Wings, the Fever and Washington Mystics. In 235 career games, the Houston native holds averages of 8.1 points, 3.8 rebounds and 1.3 assists in 23.3 minutes per game.

The eight-year veteran’s career includes five trips to the postseason. She holds postseason averages of 7.3 points, 4.7 rebounds and 1.5 assists in 25.3 minutes per game.

Christmas-Kelly was selected by Washington in the 2nd round (23rd overall) of the 2011 WNBA Draft out of Duke University where she scored over 1,000 points.