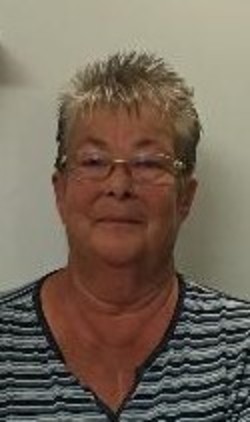 Linda A. Kramer, age 66 of Herman, Minnesota, passed away Sunday, January 27, 2019, at the West Wind Village in Morris, Minnesota.

Funeral Services for Linda will be held Saturday, February 2, 2019, at 11:00 a.m. at the United Methodist Church in Herman with Rev. Darrell Boe officiating. Burial will be in Eden Reformed Cemetery, rural Herman. Visitation will be held Saturday morning, one hour prior to service time at the church.

Linda Ann Kramer was born June 29, 1952 in Burlington, Wisconsin to Clive C. Jr. and Beverly (Kuehn) Armes. Linda was baptized Lutheran in Waterford, Wisconsin with her god-parents to be Richard and Anita Armes.

At the age of fifteen, Linda came to Herman to live with her aunt and uncle Arnold and Jane Tholund and attended the Herman High School her sophomore year. Harold Hilbrand and family graciously took Linda under their wing for Christian studies. Linda was confirmed at the Eden Reformed Church. Linda’s journey started in 1967 when coming to Herman because of all the activities with the NFO at the time. Linda met Bob through his father and her uncle. Through that became a lifetime relation. They were engaged in her Junior year of high school.  Linda graduated from Herman High School in 1970 and married her lifetime sweetheart on her birthday, June 29, 1970, with Bob’s cousins Dorothy and David Todd standing up for them.

In 2010 Linda was diagnosed with B-cell lymphoma. She went through treatments and had been in remission. Linda had been fighting a collapsed lung along with COPD and congestive heart failure and had been on oxygen for the past ten years.

Linda was active in her church from teaching Sunday School to being an activities director for summer crafts at camp. She loved reading and doing puzzles. She was a daycare provider for ten years. She was a girl scout leader for five years. She enjoyed gardening and canning. She took a lot of interest in the daily running of the farm operation. She loved cooking and baking in her free time. Her greatest love of all was her family. If she had to tell you one secret about her it would have to be that she couldn’t travel far without family because she got very home-sick. There is one thing that the Kramer men were good for and that was respect for their women. The women were treated with respect and were a very special part of the family decision making.

Arrangments are with Ranney-Bainbridge Funeral Home in Herman.