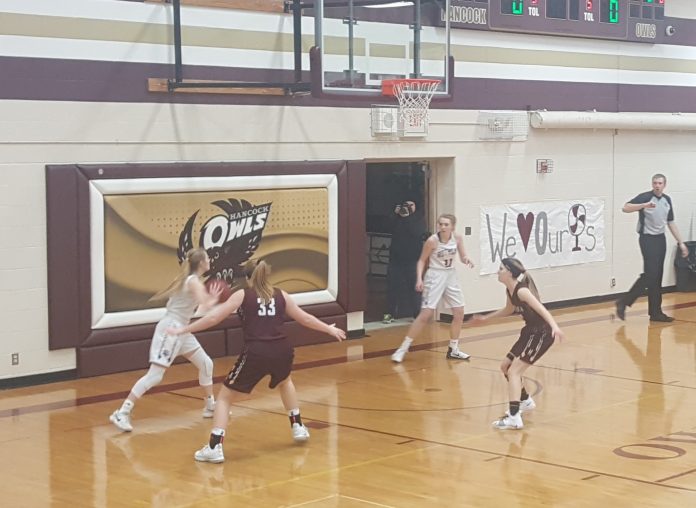 Hancock 67, Rothsay 30
HANCOCK – Nine different Owls scored and Hancock turned in their best performance of the year in a 67-30 rout of Rothsay.
Tori Pahl came off the bench to lead the Owls with 15 points and seven rebounds, Rylee Hanson posted a double-double with 11 points, 11 rebounds, Lexi Staples had 10 points with nine boards, and Morgan Kisgen added nine points.
Hancock opened the game on a 14-0 run and led 35-12 by halftime. The Tigers never settled in offensively, shooting just 19 percent from the floor while the Owls connected on a season-best 54 percent to improve to 7-9.
Jayna Gronewold led all-scorers with 18 points for the Tigers who are 2-18.