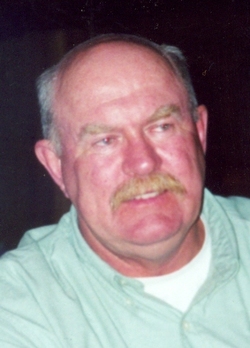 A Memorial Visitation for Darold Thompson will be held Saturday, March 2, 2019, from 10:00 a.m. until noon at the Bainbridge Funeral Chapel in Herman.

Darold Dean Thompson was born on August 3, 1950, in Elk Lake Township, MN, to Henry and Helen (Satre) Thompson. Darold attended elementary school in Donnelly and in Morris until his junior year when the family moved to Herman, where he graduated from Herman High School in 1968. After high school he worked at various jobs until he started his lifelong career with Burlington Northern Railroad. Darold retired from the Railroad in 1999 due to a back injury.

On June 3, 1972, Darold was united in marriage to Bonnie Johnson in Litchfield, MN. The couple resided in Herman, MN. In May 1992, Darold purchased a farm place outside of Herman, MN, and lived there until the time of his death. Darold was an avid hunter. He enjoyed watching the deer from his living room window. He hosted many deer hunting parties and wild-game feeds with friends and family at his farm. Oh the many hunting stories that have been told in his shed. Some stories just make you shake your head or say “You did what?”

Darold was a Dale Earnhardt fan and loved to watch the NASCAR races. Darold loved when friends and family came out to his garage to talk smart, drink beer and just have a good time. The shed door was always open and the fridge was fully stocked!!!

Darold was preceded in death by his parents; brother-in-law Lyle “Buck” Fiebelkorn; and nephew Aaron Fiebelkorn.

Burial will be in Lakeside Cemetery at a later date.