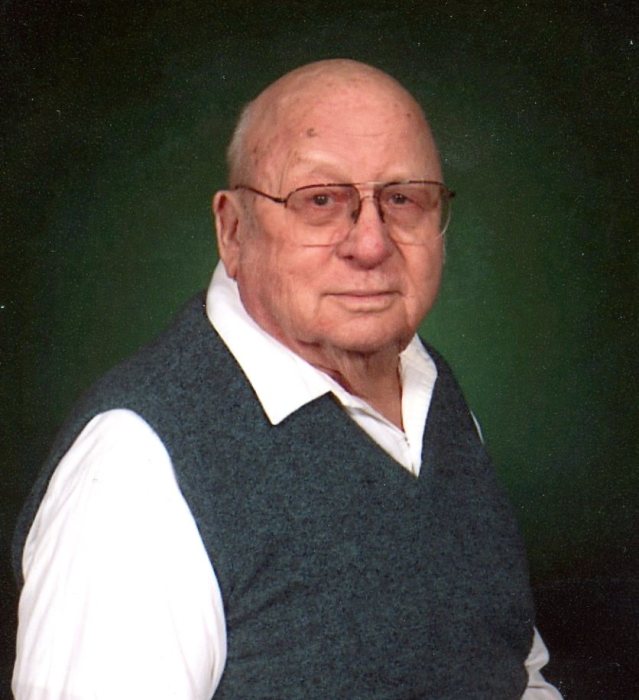 Jurn “Jerry” Lindahl, 93 of Morris, Minnesota, passed away on Wednesday, February 20, 2019, at the Stevens Community Medical Center in Morris.

Funeral services for Jurn “Jerry” Lindahl will be held Tuesday, February 26, 2019, at 11:00 a.m. at Faith Lutheran Church in Morris, with Reverend Dell Sanderson officiating. Visitation will be Monday from 5 to 7 p.m. at the Pedersen Funeral Home in Morris and for one hour prior to services at the church on Tuesday. Burial will be at a later date in the Appleton City Cemetery in Appleton.

Jurn Jerome Lindahl, son of Oscar and Olga (Golden) Lindahl, was born December 8, 1925, in Appleton, Minnesota, where he attended Appleton Public Schools, kindergarten through the 12th grade, after which time he helped his father and brother with farming. Jurn enlisted in the United States Army in 1944, his training was at Camp Roberts, California, and Fort Riley, Kansas. In August 1945, he was sent to Luzon, Phillipines Islands in the South Pacific, here he was assigned to the 8th Medical Lab and later the 248th General Hospital in Manila as an Administrative Non-Commissioned Officer, attaining the rank of Staff Sgt, before being discharged in 1946. Jerry said one of the highlights of his army days was when he  accommodated Five Star General Dwight D. Eisenhower, as he made an inspection of the hospital.

On September 1, 1951, he was united in marriage to Lyndell Gades of Holloway. They farmed east of Appleton. Along with farming, Jerry also did other jobs including being a licensed livestock dealer, owner of Lindahl Bull Rental, an acreage contractor and cucumber buyer for Gedney Pickle Company. The family also operated “The Wagon Wheel Drive-In” for several summers. In 1961, Jerry was appointed to work at the Appleton Post Office, where he worked at different crafts until becoming a Rural Letter Carrier. A job he retired from on December 31, 1988. Following his retirement, he and Lyndell moved to Starbuck, Minnesota and later moved to Morris. They would also winter in Mesa, Arizona.

Jerry was a supervisor on the Edison Town Board and served as trustee at Zion Lutheran Church in Appleton. He was a member of the American Legion and VFW and was also a 4-H leader. Jerry enjoyed drawing, doodling, bingo, playing piano, accordion, woodworking, and welding. He especially enjoyed the time he spent with his family.

He was preceded in death by his parents; one brother: Loren Lindahl and several brothers-in-law and sisters-in-law.