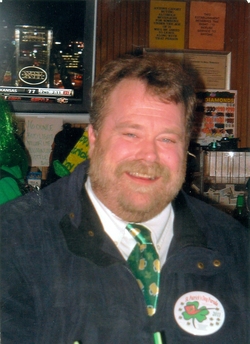 Visitation will be Wednesday morning one hour prior to service time at the church.

Burial will be in St. Peter’s Catholic Cemetery, Dumont, Minnesota at a later date.

John was born September 22,1963 in Graceville, Minnesota to John and Clara (Conroy) Honzo.  He grew up on a farm north of Chokio, Minnesota.  John Graduated from Chokio Alberta High School in 1982.  After graduation he attended NDSU and was a lifelong Bison fan. The Vikings were always on his list, top or bottom depending on the game. He received a degree in Avionics from Alexandria Technical School but never pursued a career, preferring to stay in rural Minnesota (Dumont in particular) working in a variety of jobs in the surrounding area.  He was active in the community, always willing to help where needed.  John served on the Dumont Fire Department for 21 years.  He was a member of Ducks Unlimited helping organize many banquets. John was also very active in the Sons of the American Legion and was commander at the time of his death.  As a member of the Sons of the American Legion he worked at many benefits often cooking.  He was also active in the military honor guard serving at many funerals, and at Memorial Day services. Every year John would place the flags on our Veterans graves in Dumont, and Collis, taking over for his dad. John will be greatly missed by his family and many friends.

John was preceded in death by his father John Honzo.