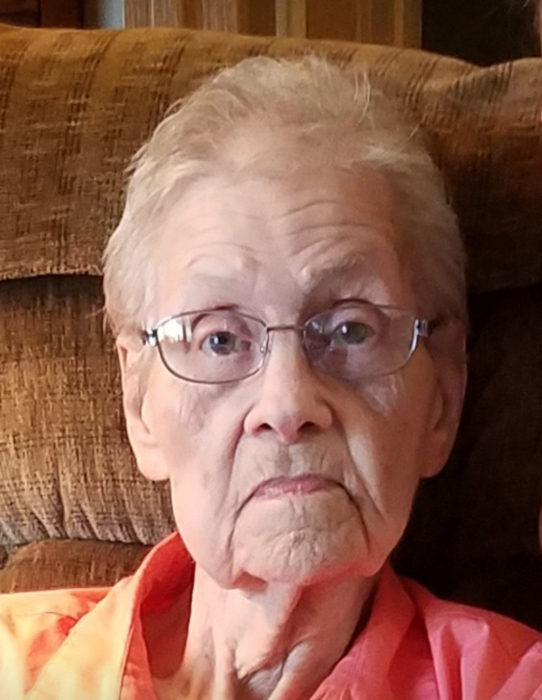 Delores Jean Denzel was born August 10, 1931, in Chippewa Falls, WI, to Raymond and Matilda (Haugan) Denzel. Delores was the eldest of five children. In 1942 the family settled on a farm in Nashua, MN. Delores was baptized at her home in Nashua on May 20, 1946.

On June 3, 1950, Delores was united in marriage to the love of her life Wally Bullis, by the Rev. Bill Van Dyken at the Federated Church in Fergus Falls, Mn. Wally and Delores lived by Nashua until 1968, when they moved to rural Elbow Lake. They lived on the farm for forty-six years.

For 20 years Delores and Wally worked as custodians for the Eagle Bank and West Central Community Action, which they both loved and were very proud of. Delores babysat many children over the years and most of them still call her grandma. She had a huge garden that she thoroughly enjoyed. She would sell her extra produce just through word of mouth. Delores was an avid and amazing baker. She was always happy in her kitchen baking. She baked for a couple of restaurants in the earlier days and did Christmas baking for others. Over the years she and Wally raised cattle and chickens. The chickens she would butcher and sell.

Delores cherished her family as anyone who visited could tell by the abundance of pictures that surrounded them. She made many sacrifices for her children but never minded because that is what moms do. Delores was never happier than when all of her children and their families were home so she could make everyone fried chicken.