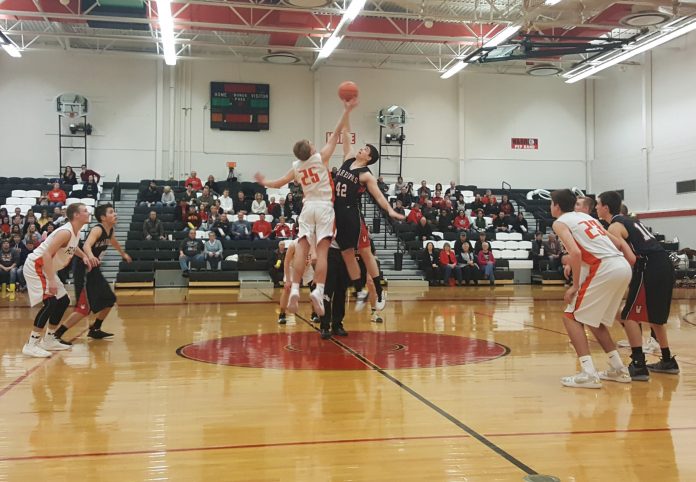 Zach Stueve hit a pair of go-ahead free throws with 4.9 seconds left, and on the ensuing play Aasness went the length of the floor, but hit shot went high off the backboard and off the front iron.

The Warriors led 60-55 with just 40 seconds left when the Rockets forced a turnover and Aasness hit a three to pull within two. After a missed Warriors free throw, it was Aasness who made a layup to tie it with nine seconds left.

Matt Thielen had a game-high 21 points, Hunter Johnson had 16 points with eight rebounds, Nick Lupkes added 12 for the Warriors who shot 43 percent and improve to 8-16. They will face top-seeded Parkers Prairie on Thursday at 7:00.

Winston Heifort led the Rockets with 15 points and seven rebounds, Aasness and Canaan Kugler each had 13, while Daxton Olson finished with 11. Underwood’s season ends with a record of 3-22.