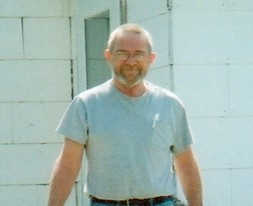 A Memorial Service will be held Thursday, June 27, 2019 at 2:00 p.m. at the Bainbridge Funeral Home in Wheaton with Rev. Cheryl Berg officiating.

Visitation will be held Thursday afternoon from 1:00 p.m. until service time at the funeral home.

Burial will be in Wildwood Cemetery, Wheaton. Military Rites will be provided by the Merton Dale American Legion Post #80.

Jim was born on September 19, 1950, the middle son of John and Mardelle Otto’s family of seven children. He was an active child, always full of tricks and fun. He was in business early as a paper boy and a carry out boy at Andy’s Red Owl grocery. He loved music and had a start-up band with three high school friends. Jim sang and played guitar throughout his life and frequently wrote his own music and lyrics. Jim graduated from Wheaton High School in 1968, where he had participated in wrestling.

Jim enlisted in the US Navy after high school (1970 – 1977) and met his future wife, Joan Clements and her daughter Wendy while stationed in Norfolk, VA. They married and had a daughter Catherin. While in the Navy, Jim was in charge of helicopter repair hydraulics.

Jim was a man of many skills and had training in hydraulics, agronomy, small appliance repair, lock smithing, boilers and refrigeration. He worked as a fertilizer plant manager, roofer, maintenance engineer, plumber, carpenter and handyman; and his professions took him to many areas of the country.

He was a very good-hearted person and would assist anyone without hesitation. He enjoyed archery, fishing and hunting; especially with his uncles Kenny and Bobby Bohnenstingl and bow hunting with his cousin Kenny Webster. After retirement he enjoyed playing cards, especially cribbage. He took up reading as a past time and was known to check out and read a whole row of books at the public library and check out the next row when he returned them. He loved to cook and his family and friends enjoyed the many wonderful feasts he prepared.

Jim will be dearly missed.

and Pamela Thompson of Minneapolis, MN; longtime friend Julia Ortley and her grandson Julian of Wheaton, MN; as well as nephews, nieces and many other friends and relatives.

Jim was preceded in death by his parents, John A. and Kathryn “Mardelle” Otto; brothers John M. Otto and Richard Otto; and brother-in-law Charles Thompson.

The Bainbridge Funeral Home of Wheaton, Minnesota is in charge of arrangements.