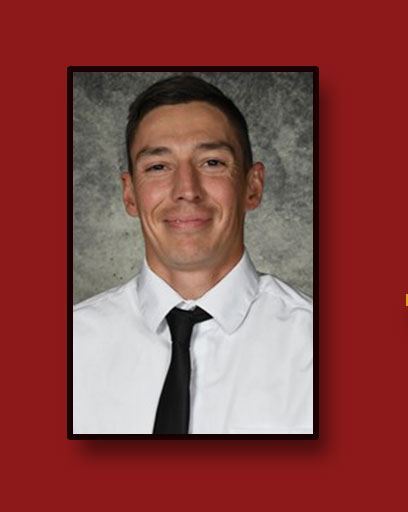 MORRIS, Minn. – The University of Minnesota Morris has hired Matt O’Brien to lead the Cougar baseball program. O’Brien brings a wealth of experience and knowledge to UMN Morris, as he has coached at all three NCAA levels and the Northwoods Collegiate Summer League.

“I am incredibly excited to have Matt O’Brien join our baseball program and welcome him to the UMN Morris,” interim director of athletics Matt Johnson said. “Matt has an outstanding background in coaching across the NCAA DI, DII, and DIII; however, the element I am most excited about is his amazing passion for working with student-athletes and helping them to develop and grow. The future of Cougar baseball is bright, and Coach O’Brien’s leadership will be instrumental. Welcome to the Cougar family, Matt!”

A native of Winona, Minnesota, Coach O’Brien brings 14 years of leadership experience and seven years of collegiate experience to UMN Morris. Most recently, he was the pitching coach at Maryland Eastern Shore (UMES), an NCAA DI program. Prior to UMES he was an assistant coach at the University of St. Thomas and spent five seasons at his alma mater, Winona State University.

“I want to first thank the UMN Morris community for selecting me to lead the Cougar baseball program,” O’Brien said. “I could not be more excited to be a part of a university that offers student-athletes the opportunity to excel academically, athletically, and socially. I look forward to the challenge of competing in the UMAC and pushing our University of MN Morris program to new heights.”

O’Brien began his college playing days for the North Iowa Area Community College Trojans from 2003-05. He was named to the Iowa Community College Athletic Association (ICCAA) All-Region and Academic All-Region Teams in 2005. The Trojans won 39 games on the way to a regular season title. O’Brien is still among the all-time leaders in the NIACC record book in saves, strikeouts, and innings pitched.

After earning his associates’ degree from North Iowa Area Community College, O’Brien went on to Winona State University. In two seasons, he made 21 appearances and seven starts for the Warriors. His playing career ended with an exclamation mark in 2007, when the Warriors won the Northern Sun Intercollegiate Conference title. O’Brien was named Most Valuable Pitcher and took a spot on the All-Tournament team.

From 2012-17 he worked as the Warriors’ pitching coach, overseeing all elements of the activities on the mound and helped with recruiting. In five years with the Warriors, O’Brien’s pitching staffs ranked among the conference’s best in strikeouts, earned runs, and walks allowed.

During his time at Winona State, Mitch Stalsberg became the first Winona State pitcher since 1998 to be drafted by Major League Baseball, with his selection by Detroit in the 23rd round. Stalsberg split his 2018 season between Western Michigan and Connecticut, earning a 1.51 ERA over 17 innings pitched.

In the summer of 2016, O’Brien worked as an assistant for the Madison Mallards out of the Northwoods Collegiate Summer League. This position gave him the chance to work with several pitchers who took top spots in the 2018 MLB draft, including second rounder Mitchell Kilkenny of Texas A&M, fourth rounder Franklin German of North Florida, and 14th rounder Mike Byrne — the saves record holder for the University of Florida. The Mallards finished in the top-five in ERA, strikeouts, and win percentage.

Other stops include a five-year stint coaching and teaching at Winona Cotter High School, including three years as head baseball coach. He helped guide the program to their first title in seven years. O’Brien also worked with the Winona VFW 16U traveling baseball team from 2007-2015, which finished second in the state in its first state appearance in 22 years (2011).