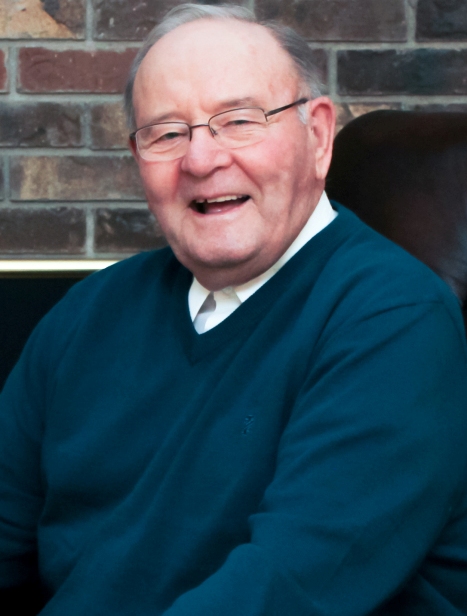 Donald Hansen, age 84 of Morris, Minnesota, formerly of Wheaton, MN, passed away on Friday, September 20, 2019, at the Courage Cottage.
Visitation for Donald Hansen will be Wednesday, September 25, 2019, from 5:00 until 7:00 p.m. at the Pedersen Funeral Home in Morris, MN. Visitation will continue on Thursday at 9:30 a.m. at Zion Lutheran Church in Morris.

Don was born January 9, 1935, in Cottonwood County, Minnesota. Parents Jens and Edna (Shepherd) Hansen raised five boys. His sister Jean is nine years younger than Don. Family was baptized when Don was thirteen. His schooling was in various country schools until town school at Heron Lake became the only choice. His dad died the summer following his junior year. After graduation in 1953 he farmed with his mother and brother while encouraging his grade school age sister.

In December 1957 he was drafted into Army and reported for duty the day after Hansens finished picking corn.  Basic training was at Fort Lewis, Washington, before he was sent to Stuttgaard, Germany. His assignments were bridge-building and motor pool mechanic. He enjoyed representing his military base as player on traveling football team. After discharge in September 1959 he returned to family farm. His recreation specialties were bowling, fox hunting and playing softball with DesMoines River Rats of Westbrook. Neighbors greatly rejoiced when Don returned home to willingly overhaul their farm equipment. His shop was a tool shed with work space under the big cottonwood tree.

December 6, 1963, he married Anne Marie Bauman at St. Paul’s Lutheran at Campbell. They began farming in 1965 when Milton Cole helped them rent Fritz Skjonsby’s farm in Monson Township, Alvin Vollmers family became friends and farm support. The couple purchased the John and Bianca Duffing farm in Redpath Township. They milked cows for 25 years as well as did other animal production.

Carpentry and modifying most anything to improve his farm operation were Don’s special talents. An especially satisfying accomplishment was building a shop from materials salvaged from grainary that had been built by Dave Neuman using square nails. Major land improvement was finding and developing a dependable good producing well by drilling deeply on South side of creek and through fifteen feet of bedrock. Sandpoint wells were standard water supply when land is between two water systems—Twelve Mile Creek and Mustinka River.

Hamanns rented Hansen land when Don and Anne moved to Morris in 1997. Rental housing management at Crystal Lake and Greenbriar were their profession for fifteen years. Don also helped maintain greens at Pomme de Terre golf course for a few years. He began delivering flowers for Sweet Lilies shortly after the business opened. Don and other men from Zion spent lots of time baling cardboard at Morris Salvation Army. Don was especially dedicated to Meals on Wheels service. He delivered to East side every Monday and Anne continues that commitment.

Preceded him in death; his parents, four brothers, two sisters-in-law and one brother-in-law; niece and two nephews.

Funeral arrangements are with the Pedersen Funeral Home of Morris, MN.