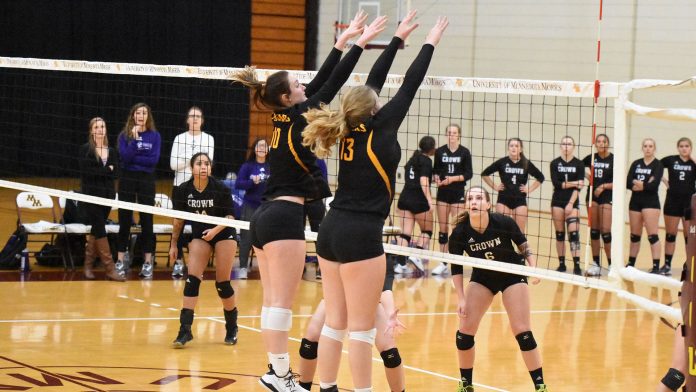 The two teams went back-and-forth in the third set with the score tied at 18-18. The Cougars then were able to hold off the Vikings down the stretch and picked up a 25-23 victory to complete the sweep.

The Cougars have won six-straight matches, which includes four-straight sweeps.

After a scoreless first half, Luke Wright put the Storm on the board at 49:07. In the 62nd minute, Chad Anenson made it a 2-0 contest for the Storm.

Brooke Lorentz netted her second goal of the season to put the Cougars on the board just 1:16 into the match. Freshman Monica Calderon tallied her fourth career goal in the 10th minute to add to the Cougar lead.

In the closing minutes of the first half, Harper Toward scored her second career goal to make it a 3-0 contest at 41:08.

In the 62nd minute, Anna Kragt found the back of the net to put the Storm on the board. Abbey Fluke put home a rebound for an insurance goal in the 78th minute to put the Cougars in front, 4-1.

Freshman Bernadette Cienik made two saves en route to her fifth win of the season. 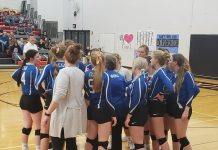 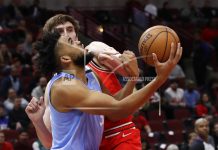