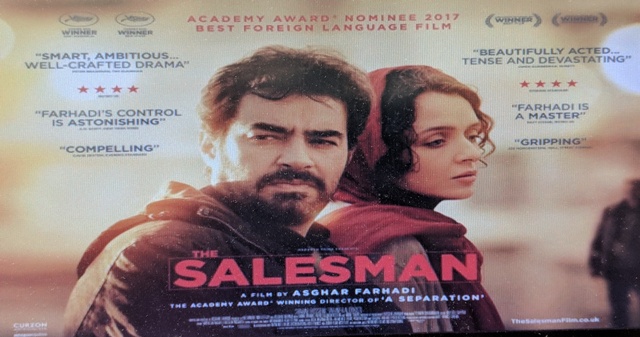 The 2019 Festival of Spanish Language Cinema will present a free showing of the 2018 film Everybody Knows (Todos lo Saben), with Penelope Cruz and Javier Bardem at 4 p.m. Saturday at the Morris Movie Theater. The film is about a Spanish woman living in Buenos Aires who returns to her hometown near Madrid to attend her sister’s wedding, when deep secrets get revealed. Film is Rated R and in Spanish with English subtitles.

On Sunday, the 2016 Oscar winner for Best Foreign Language Film, The Salesman, will be shown at 4 p.m., also for free at the Morris Movie Theater. The film details an Iranian couple who are performers rehearsing for Arthur Miller’s Death of a Salesman, when dangerous events disrupt their peaceful life. Rated PG-13 and in Persian with English subtitles.