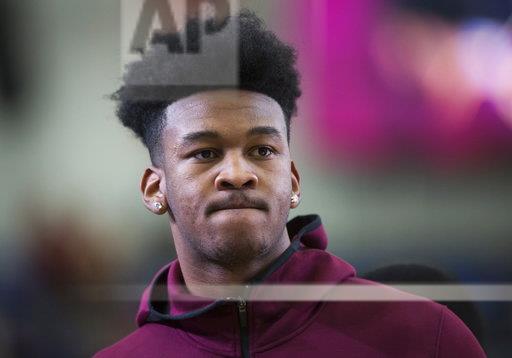 Marcus Carr and Payton Willis played the season opener like they’ve been around for years.

“We didn’t seem like we were trying to figure each other out. We were pretty connected out there,” coach Richard Pitino said.

Daniel Oturu totaled 16 points, 10 rebounds and a career-high five blocks to offset six turnovers for the Gophers, who faced the Vikings for the first time. Carr went 3 for 9 from 3-point range and Willis was 5 for 8, giving the Gophers a persistent perimeter shooting threat for at least one game that was sorely lacking in 2018-19. Minnesota went 13 for 29 from behind the arc, matching the fourth-most made 3-pointers in program history. The record is 16, set at Michigan State on Feb. 11, 2001.

“I’m confident in these guys when I attack or I kick,” Carr said. “Even as they take every shot, I really think every single one is going in.”

Hugo Ferreira, a freshman from Portugal, had 13 points to pace the Vikings, who faced a Big Ten foe for the 40th time in program history. They’re 6-34 against teams from the dominant conference in the region, with the most famous win in the 1986 NCAA Tournament when they, as a No. 14 seed, beat No. 3 seed Indiana. The Hoosiers won the national championship the next season.

The Vikings went 3 for 19 from 3-point range. They made 303 shots from behind the arc last season, a program record that also ranked in the top 25 in the country.

Carr, a sophomore who sat out last season after arriving from Pittsburgh, is one of three transfers in the starting lineup. Willis, a junior, came from Vanderbilt. Alihan Demir, a senior who had 10 points in his debut, switched from Drexel as a graduate transfer. Carr and Willis practiced with the team last season, so that was a start. The summer trip to Italy was another step.

“I was encouraged by the chemistry on the court,” Pitino said. “That did not look like a team that hadn’t played together. When you have so many new players that can be a factor.”

With Carr, Willis and sophomore Gabe Kalscheur, Minnesota has the making of a strong backcourt.

“That’ll be a strength of ours this year,” Willis said. “The versatility on offense and the ability to shoot, that should help us win a lot of games.”

Carr swished a 3-pointer from the top of the key for a 24-12 lead, turning to the Cleveland State bench to hold his index finger to his lips as if to tell the Vikings to keep quiet. New Cleveland State coach Dennis Gates called over an official and Pitino to speak with them briefly during the next dead ball.

“He was unhappy with something that was being said,” Pitino said.

Cleveland State: Gates, a first-time head coach who was an assistant at Florida State for the last eight years, has a tall task in front of him with a team that went 10-21 last season and was picked to finish last in the Horizon League in a preseason poll of head coaches, sports information directors and media members. The Vikings also lost leading scorer Tyree Appleby, a sophomore point guard who transferred to Florida after the coaching change. They have players from eight different states and four from foreign countries on their 16-man roster, including 11 newcomers to match the fifth-most among all NCAA Division I programs. The Vikings have another road game against a power conference team on Nov. 15, at South Carolina.

Minnesota: This game against an overmatched low major opponent was the only tuneup the Gophers, who have seven newcomers on the roster, will get before a challenging week with three high major teams on the schedule, all away from home: Oklahoma, Butler and Utah. The perimeter play will be a critical factor in this team’s success, with a concerted effort by Pitino and his staff to increase and improve the outside shooting after the Gophers ranked 306th out of 351 teams in Division I in 3-point percentage (31.7) last season. They were 317th in attempts.

Minnesota: Plays Oklahoma on Saturday night in Sioux Falls, South Dakota, the third time the Gophers have played a nonconference game at the Sanford Pentagon arena in five years. They lost to Oklahoma State in 2015 and beat Vanderbilt in 2016.

Missouri State opened the game on an 18-4 spurt and held on to extend its school-record to 11th straight victory on the road. The Lady Bears returned 12 players from last season’s Sweet 16 team that finished 16-2 in Missouri Valley Conference play.

Destiny Pitts, the Big Ten freshman of the year in 2017-18, led Minnesota with 18 points after making her first six 3-point attempts. Jasmine Brunson added 14 points and Taiye Bello 13. Starter Gadiva Hubbard, who missed all of last season due to surgery on her right foot, was held to two points in 20 minutes.