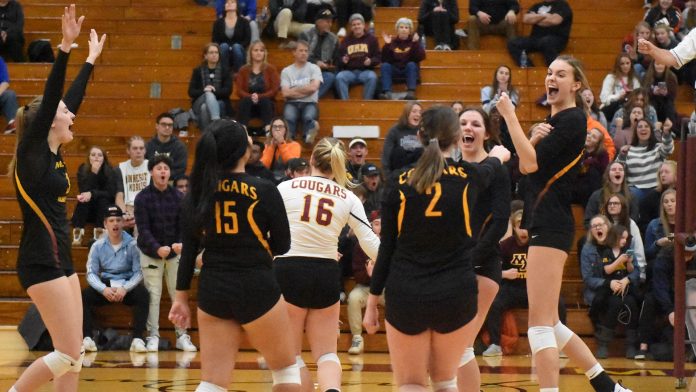 The Cougars held a 14-10 lead over the Saints in the opening set, but St. Scholastica would prevail, 25-19, to take the first set over the home team.

Trailing 12-7 in the second set, Minnesota Morris scored six-straight points to take a 13-12 lead over the Saints. The two teams continued to battle down the stretch of the second set with the Cougars holding off the Saints, 25-20, to pick up the win.

The Cougars found their stride early in the third set with a 10-2 run to open things up. St. Scholastica brought the deficit to 13-8, but a 12-6 run for Minnesota Morris closed out the third set at 25-14.

The Cougars advanced to their seventh-straight UMAC Tournament title match.