An African Movie Festival, featuring films from Cameroon, Ghana, Rwanda, Swaziland, Kenya and the Democratic Republic of the Congo, will be held Saturday at the Morris Movie Theater (12 East 6th Street).There will be three screening periods, each of which will show a short film and a feature film: 10 a.m.; 1:30 p.m.; and 4 p.m. Organizer Sarah Buchanan is an associate professor in the French discipline at the University of Minnesota Morris and told the KMRS Community Connection about a film from Ghana in the morning session, titled “I am Not a Witch.”

“It tells the story of a young girl, who I’m guessing is about 8, who is accused of being a witch,” Buchanan explained. “And once she is accused of being a witch, she now goes to live in this community of witches that is tightly controlled by the government. And throughout the text you start to see that in fact this community of witches is run by the government for exploitative reasons and this little girl figures it out…It will give you a very different cultural perspective about the world.”

Each free screening period will end with a short discussion of the films. There will also be a free lunch catered by Mi Mexico after the 10 a.m. films and discussion. The 1:30 films are considered the most kid-friendly, and includes the animated film “Liyana” from Swaziland. The public may come for one or all three sessions. 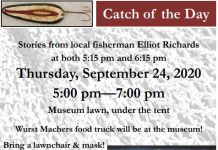 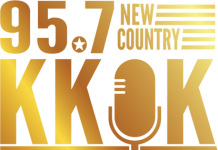