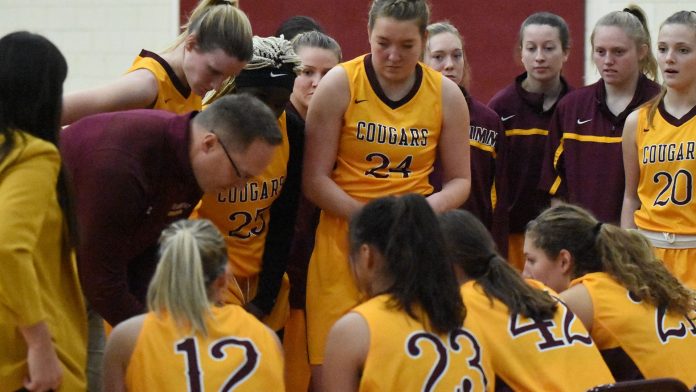 MEN’S BASKETBALL
MAYVILLE – Four Cougars scored in double-digits, but it wouldn’t be enough as they fell to Mayville St. 82-67 on Tuesday night in North Dakota.

UMM led 11-5 early but the Comets used a 29-5 run to grab control that they never gave up. The Cougars trailed by 20 at the half but were able to trim that deficit down to just eight but that’s as close as it would get.

Dillon Haider led UMM with 14 points, James Pendleton and Camden Talley each added 10. The Cougars are 2-4.

WOMEN’S BASKETBALL
MAYVILLE – The Cougar women were also on the wrong end of their game with a 69-55 loss to the Comets.

UMM led after one quarter but got outscored 21-5 in the second, trailing by 11 at the break. The Comets would build their lead to as much as 15 before the Cougars began to chip away, pulling within five but ran out of steam.