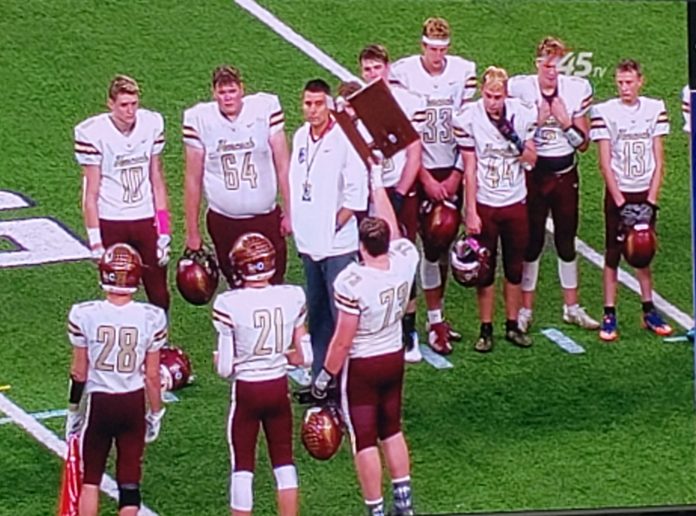 The Wolverines took their opening drive inside the Owls ten when quarterback Abe Stoesz was picked off in the end zone by Daniel Milander.

After a Hancock three-and-out, the Wolverines again drove into Owls territory before losing a fumble to Brandon Kellenberger. This time the Owls cashed in when Preston Rohloff hit Milander in the back corner of the end zone for a five-yard touchdown.

Hancock added to their lead just a short time later when Matt Thompson picked off Stoesz on a screen-pass returning it 32-yards for a score. The two-point conversion gave the Owls a 14-0 lead with 7:48 remaining in the second quarter.

On their ensuing drive, the Owls were faced with a third-and-one that they couldn’t pick up. They were again stuffed on fourth-and-one, giving the ball back to the Wolverines with 1:13 left in the half.

Hancock opened the second half with a long drive that stalled out in Wolverines territory. MLA took over and ate up some clock on their drive as well, ending when Stoesz ran in the go-ahead touchdown from five yards out, the two-point made it 22-14.

From there the two defenses went back-and-forth, coming up with crucial stops.

Hancock had a shot late, with the ball and time on the clock, Hancock was faced with a fourth-and-seven near midfield, but Rohloff’s pass fell incomplete giving it back the MLA.

With under a minute remaining, the Wolverines were able to convert a fourth-and-two, and ultimately run the clock out from there.

Rohloff finished 10-18 for 87 yards and a touchdown for Hancock. Tyler Timmerman had 89 yards on 19 carries, adding three catches for 21 yards.

Hancock’s incredible season ends with a record of 13-1 as the 9-Man state runner-up.

Stoesz was 6-12 for 92 yards, a touchdown and two interceptions. He ran for 134 yards and a score on 21 carries. Herrig ran for 94 and score on 25 carries, adding nine tackles defensively.

Mountain Lake Area wins their first state football title with a record of 14-0. 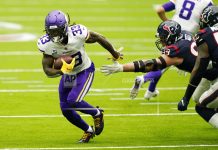