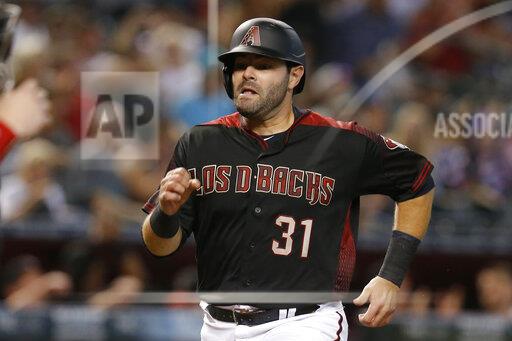 MINNEAPOLIS — The Twins addressed one of their few significant offensive needs for 2020 on Friday morning, when they reportedly agreed to a one-year, $4.25 million deal with catcher Alex Avila, a source confirmed to MLB.com’s Mark Feinsand. The club has not confirmed the signing, which was originally reported by Jeff Passan of ESPN.

Minnesota was in need of a backup catcher following Jason Castro’s departure in free agency, and the addition of the 32-year-old Avila in the short term makes a lot of sense given his strong receiving ability and his left-handed bat that could complement the power right-handed swing of starting backstop Mitch Garver.

The backup catching role in Minnesota could be a fairly significant one. Despite Garver’s historic power numbers in 2019, he and Castro still split time behind the plate relatively evenly due to manager Rocco Baldelli’s emphasis on adequate rest for his catchers. Garver made 73 starts en route to the American League Silver Slugger Award at the position, while Castro made 72 starts.

It remains to be seen as to whether Baldelli will maintain as aggressive of a timeshare between his catchers in 2020, but if so, the Twins did get one of the best options remaining on the fast-moving free-agent market for catchers. Avila was third among unsigned catchers with a 1.3 WAR in 2019, per FanGraphs, in only 63 games for the D-backs last season.

Avila is no longer the offensive threat that he was at the start of his career, as he hit .207/.353/.421 with nine homers and eight doubles in 201 plate appearances last season. But his production has held up well over 11 seasons, as he owns a lifetime .235/.348/.396 line and posted a strong .795 OPS against right-handed pitching last season, which would suit him for getting Garver off his feet against opposing righties on a regular basis.

Just as significantly, Statcast’s pitch-framing metrics ranked Avila to be the one of the best receivers available on the market. Avila ranked sixth in the Majors in 2019 by receiving 52.5 percent of pitches for strikes around the edges of the strike zone, accounting for five extra runs of value in limited playing time due to his well-rounded ability to handle pitches up, down and to both sides of the plate.

The signing of Avila means that the Twins won’t have to rely on Willians Astudillo as their primary backup behind the plate, freeing up his multipositional skills to possibly impact the Twins as a solid occasional third catcher and backup corner infielder — a solid skill set for a possible 26th-man role on expanded rosters next season.

In the meantime, Avila should serve as a solid bridge to top catching prospect Ryan Jeffers, a former second-round pick who is ranked No. 10 in the Twins’ organization by MLB Pipeline and finished last season with Double-A Pensacola.