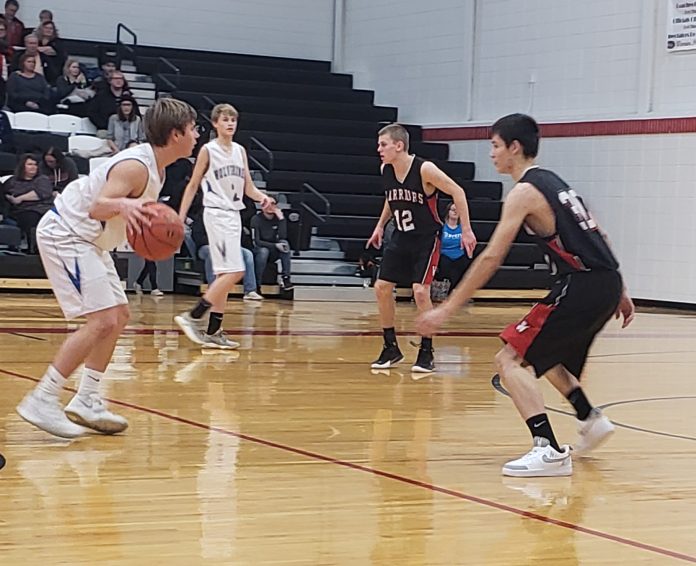 Sauk Centre 59, Morris Area/Chokio-Alberta 54
SAUK CENTRE – Morris Area/Chokio-Alberta came up short in Sauk Centre, falling to the Mainstreeters 59-54 on Friday.
The Tigers shot 40 percent but went just 10-20 from the foul line, falling to 0-3 on the season. Jaden Maanum led the Tigers with 16 points on 6-10 shooting, Jackson Loge had 11 with eight rebounds, Durgin Decker chipped in nine points.

Hancock 60, Belgrade-Brooten-Elrosa 49
BROOTEN – Hancock shot 54 percent from the floor in a 60-49 victory over Belgrade-Brooten-Elrosa. Preston Rohloff scored 17 points for the Owls who are 1-1. Daniel Milander had 12 points with five assists, Matt Thompson had 14 points and eight rebounds.
Will Van Beck led the Jaguars with 14 poinst, Kaden Pieper added 11 but BBE was just 8-28 from three-point range.

Wheaton/Herman-Norcross 80, Clinton-Graceville-Beardsley 56
WHEATON – Matt Thielen hit seven threes and finished with 26 points, Clint Determan posted a double/double with 23 points and 10 rebounds as Wheaton/Herman-Norcross pulled away in the second half for an 80-56 defeat of Clinton-Graceville-Beardsley.
The Wolverines were within three in the second half with the score 43-30, but the Warriors went on a 19-2 run that blew it open and never looked back.
Cole Gilsdorf led the Wolverines with 23 points, Chuck Kleindl had 14, Ryan Geray added 11 as they fall to 0-2. Michael Franzese had 15 points for the Warriors who are 3-1.

Hancock 79, Ortonville 25
ORTONVILLE – Hancock forced 30 first half turnovers and routed Ortonville 79-25.
Carlee Hanson scored 25 points for the Owls who shot over 50 percent, Rylee Hanson had 16 while Jenna Kannegiesser added 16 with six rebounds and four assists. Hancock is now 5-0 on the season.