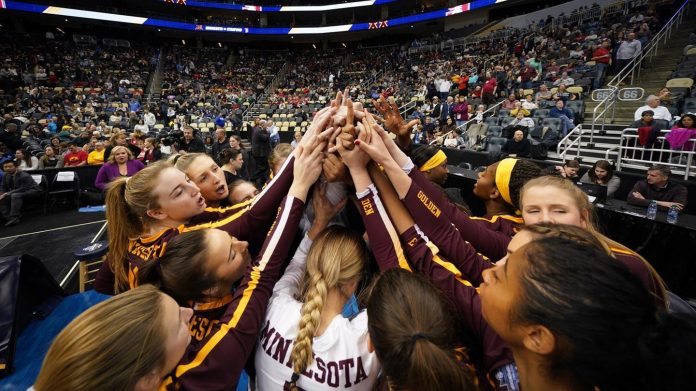 VOLLEYBALL
PITTSBURGH – The University of Minnesota fell to the defending National Champions (25-19, 25-22, 25-22), Stanford, tonight in the National Semifinal. The Gophers will close out their season 27-6 after competing in their third Final Four in five years.

Steaphanie Samedy led the team with 13 kills and was followed by Alexis Hart who had 12. Kylie Miller posted a double-double with 32 assists and 11 digs. CC McGraw finished the night with a team-high 17 digs while Rachel Kilkelly recorded nine. Taylor Morgan led the way at the net with five blocks, with Regan Pittman right behind her with three.

Minnesota finishes with 27+ wins for the fifth straight season and is now 56-27 all-time in the NCAA Tournament,