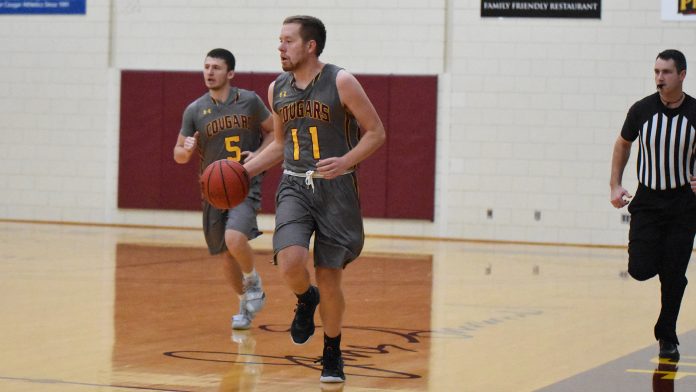 The Cougars jumped out to a 14-6 lead over Saints almost five minutes into the game.
After the Saints brought the score within one at 17-16, the Cougars then went on an 8-0 run to take a 25-16 lead. In the closing minutes of the first half, Presentation overcame a nine-point deficit to take a 35-34 lead into halftime.

With the score tied at 71-all late in the game, Jaret Johnson put the Cougars up by two with 3:21 to play in regulation. UMN Morris made four free throws down the final seconds of the game to secure the 81-74 victory.

UP NEXT
The Cougars are on the road in Mankato, Minnesota, on Wednesday, Jan. 8, at 5:30 p.m. against Bethany Lutheran.

The Cougars opened the game outscoring the Saints, 11-3, and then took a 24-15 lead into the second quarter. With two quarters of play in the books, UMN Morris held a 41-26 lead over the home team.

During the third quarter, the Cougars built their lead to 35 points over the Saints, and led by 32 at 68-36 with one quarter to go.
The Cougars capped off the 96-52 victory outscoring the Saints by 12 in the fourth quarter.
NOTABLES

UP NEXT
The Cougars are on the road in Mankato, Minnesota, on Wednesday, Jan. 8, at 7:15 p.m. against Bethany Lutheran. 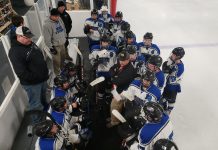