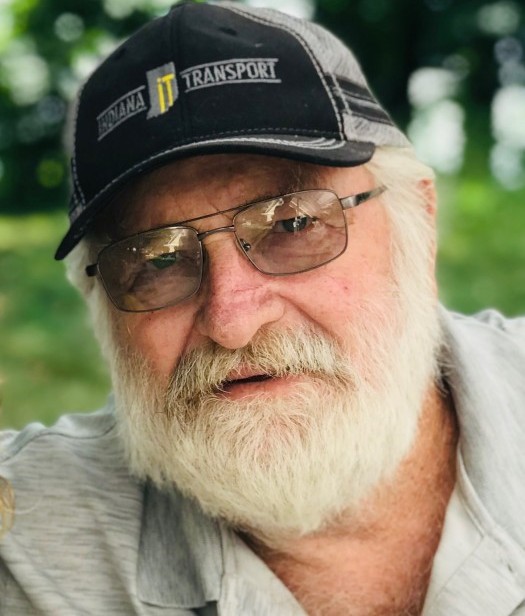 Morris Hoffmeyer, 73 of Hoffman, Minnesota, passed away Saturday, January 11, 2020, with his wife Judy by his side at the Knute Nelson Hospice Cente.

Visitation for Mo Hoffmeyer will be Saturday, January 25, 2020, from noon until 1:00 p.m. at Erickson-Smith Funeral Home of Hoffman, MN.

Funeral services for Morris “Mo” Hoffmeyer will at 1:00 p.m. on Saturday, January 25, 2020, at the Erickson-Smith Funeral Home of Hoffman, MN, with John Zdrazil officiating.

Morris was born to Francis and Mary Ethel (Cowen) Hoffmeyer on January 3, 1947, in Tower City, North Dakota. He was one of nine siblings who learned early on the value and opportunities of fending for oneself.

After graduating from Tower City High School and working various jobs, Mo moved to Denver, Colorado. There he began work at a tire shop and was a mechanic at a car dealership. Mo was a very social communicator and became skilled in his work.

From 1975 – 2000 he was in the trenching business, burying cable and later fiber. He worked in the states of Florida, Georgia, Texas, South Carolina, and Montana. He owned and operated Custom Trenching.

In 1989, Mo met the love of his life, Judy. Mo’s sons, Chad and Aaron and Judy’s son, Kelly Demuth, learned so much from watching him; how to be men, how to work hard and how to treat people.

A construction injury caused Mo to retire. He and Judy moved to Minnesota in 2002. Hoffman became their home in 2004.

Having the “itch” to be back on the road, Mo decided to work for Indiana Transport hauling new RV trailers to dealers across the country. Mo and often Judy transported from 2012 until this past August when Mo was diagnosed with cancer.

Mo had a magnetic personality. He was a storyteller, sharing true and so often colorful events of each stage of his life. He made time for the young and old. He put people at ease with his comfortable demeanor, especially his grandchildren, although each of them recall moments when Grandpa was firm. He knew how important respect was in building their character. In recent times, young children gave Mo the nickname of HoHo, a beloved Santa.

An avid hunter and fisherman Mo loved the beauty of the outdoors. He made annual trips elk hunting to his brother’s, Barry, cabin in Fairplay, CO. His favorite hunting spot there was Marv’s Lookout, the place where he asked his ashes be spread. His request will be answered this coming Spring.

He also thoroughly enjoyed watching Nascar racing. He and Judy would park their motorhome in the infield, the center of the action. For Mo’s family, he was their center, a kind man who will never be forgotten and always missed.

Mo had many favorite sayings. Two of them were – “Everyday is a good day, only some are better than others” and “LIFE IS GOOD!” Mo lived in the moment.

Erickson-Smith Funeral Home of Hoffman is assisting the family with arrangements for Morris Hoffmeyer. 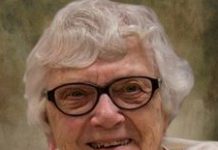