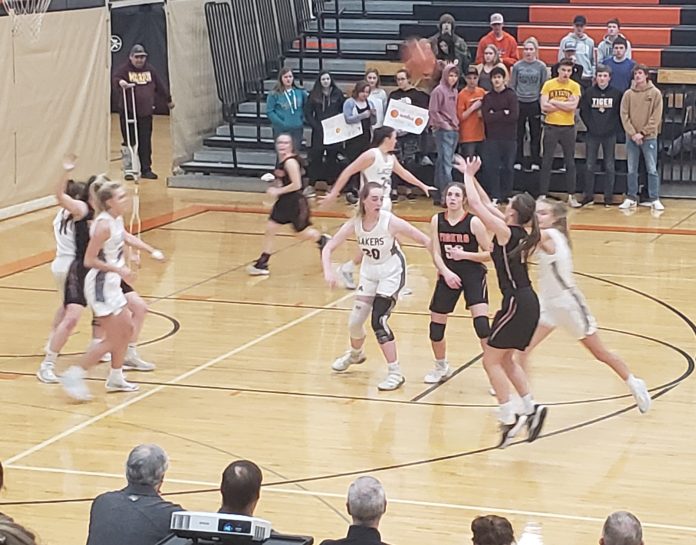 Morris Area/Chokio-Alberta 69, Minnewaska Area 43
MORRIS – Emma Bowman scored a game-high 22 points as Morris Area/Chokio-Alberta cruised past Minnewaska 69-43 on Monday from the Tiger Center in Morris.
The Tigers never trailed and held the Lakers to just 29 percent shooting. Meredith Carrington had a double/double with 15 points, 10 assists and three steals, LaRae Kramm scored nine points and Malory Anderson chipped in eight with 12 rebounds and six steals for the Tigers who have won four straight and are 12-8 on the season.
Emma Thorfinnson led the Lakers with 14 points as she eclipsed the 1,000-point milestone in the final minute of the game. Maddie Thorfinnson had 10 as the Lakers fall to 10-10.

Hancock 53, Underwood 33
HANCOCK – Hancock held Underwood to just six first half points on their way to a 53-33 rout of the Rockets.
John Kellenberger had 15 points to pace the Owls, Adam Shaw had 10, Colten Crowell added nine, and Daniel Milander filled the stat sheet with seven points, nine assists and six steals.
The Owls outrebounded the Rockets 31-18 and improve to 11-6 on the season.