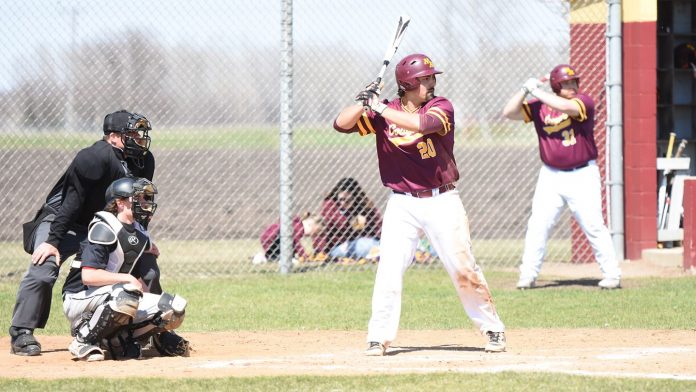 BASEBALL
HOUSTON – The UMN Morris baseball team (1-4) closed out its first weekend of action with an 11-4 loss to Schreiner (7-3-1) Sunday.

The Cougars got on the board in the bottom of the first on a two-run single from sophomore Josh Doss.

The lead didn’t last long though as Schreiner tacked on one run in the second, one in the third and then three in the fourth to make it 5-2.

UMN Morris then plated another pair of runs in the fourth as Brady Jergenson hit a solo shot to left field – his first of the season – and then Malachy Brink doubled to score Rhys Morris later in the inning.

Leading 5-4 after four innings of play, Schreiner scored runs in each of the next four innings to secure the 11-4 victory.
NOTABLES

Nathan Carlin got the start on the mound and struck out six on the day., Jergenson’s home run Sunday was the fifth of his career. Brink and Doss have each reached base safely in all five games to start the season.

UP NEXT
The Cougars are back in action on Monday, March 16, in Orlando Florida, against Simpson. First pitch is set for 4:30 p.m. (CT)