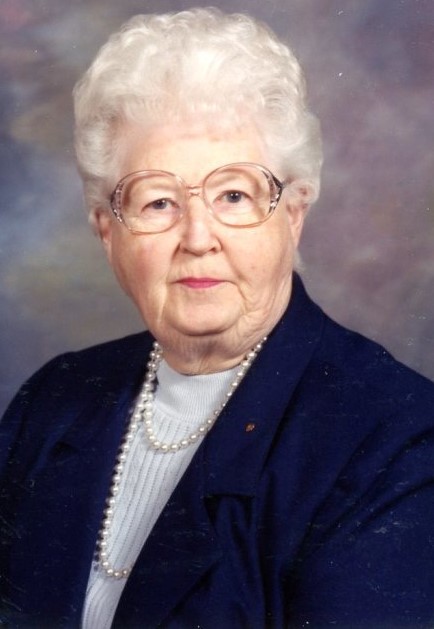 Pat Proudfoot, age 91 of Morris, Minnesota, passed away peacefully on Sunday, March 1, 2020, at the West Wind Village in Morris, MN.

Memorial services for Patricia Jean Proudfoot will be at 2:00 p.m. on Tuesday, March 17, 2020, at Pedersen Funeral Home in Morris, MN.

Pat, the first of eight children, was born on April 13, 1928, to Maurice and Ethel (Martinson) Lonegran in Morris. She attended St. Mary’s School until 1943, when St. Mary’s discontinued the High School. Pat then went to and graduated from Morris High School, with honors, in 1946. Patricia was united in matrimony to Fay L. Proudfoot on January 1, 1948, in Morris, MN. Pat and Fay lived in Opp, Alabama. While Fay was stationed at Fort Rucker during his second term of military service, moved to Glenwood, MN, after Fay’s tenure at Fort Rucker ended, and returned to Morris in 1956, where they raised their five children. Pat worked for the Morris Independent School System and the Morris Community Hospital, concurrently, for 25 years before retiring in 1993. Pat continued to provide for the Morris community after retiring through volunteer work with the hospital’s gift shop, the museum, the bloodmobile, the American Legion Auxiliary for Veterans and the local food pantry. In addition to her volunteer work, Pat spent her retirement years traveling with friends to the Grand Ole Opry in Nashville, the old-time country music venues at Branson, Missouri, and went to multiple mystery tours to “who knows where”! Pat crocheted enough afghans to fill the Mega Mall, many of which were donated to Veterans through the American Legion of Morris, where Pat was a lifetime member of the Woman’s Auxiliary and the Veteran’s Administration.

Pat is preceded in death by her parents; husband: Fay (1971); brothers: Donald, Gerald, and Keith Lonergan; and granddaughter: Megan Proudfoot.

Pedersen Funeral Home in Morris is in charge of the arrangements 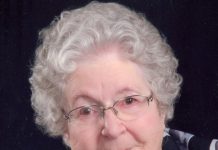