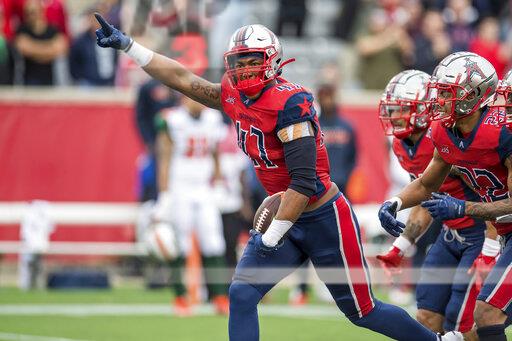 Linebacker DeMarquis Gates has become the third Houston Roughnecks player to sign with an NFL team.

Last spring, Gates led the now defunct Alliance of American Football in tackles with the Memphis Express. He parlayed that into a deal with Washington.

Gates initially signed with the Browns as an undrafted free agent in 2018.