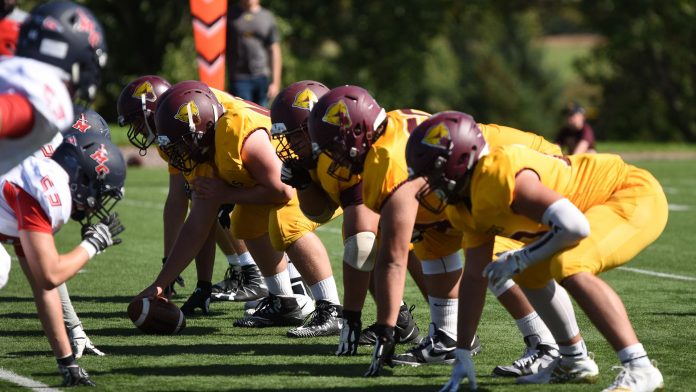 ST. PAUL – The UMAC has released the updated 2020 football schedule. With the unfortunate news that UMAC football affiliate MacMurray will be closing their doors the schedule had to be altered.

The Cougars will have a home and away with Crown on the road to start the season and then at home to start the back half of their schedule. They will also play Martin Luther both at home and on the road.

Cougars first home game will come in week two against a Midwest Conference opponent in Grinnell College. They stay at home for the next two weeks hosting their first two UMAC opponents Martin Luther on week three and Iowa Wesleyan on week four.

For week five they will hit the road for a southern UMAC opponent in Westminster, and then back home in week six against Crown. Three of the Cougars last four opponents will be on the road with week seven heading to Duluth to take on St. Scholastica, and then their final home game in week eight against Greenville. The last two games are at the University of Northwestern and Martin Luther.