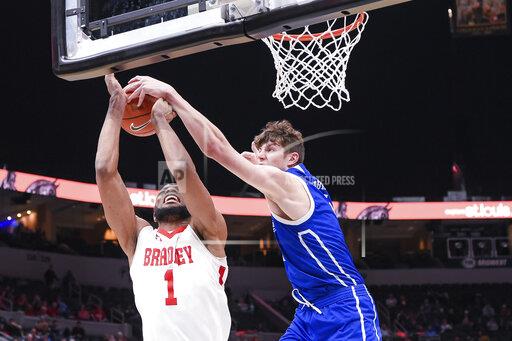 Robbins, a 7-foot, 235-pound center, entered the NCAA Transfer Portal on Saturday, and just a day later he committed to the Minnesota Golden Gophers.

Minnesota had strong ties to Robbins, a native of Davenport, Iowa. Robbins is the nephew of Minnesota Associate Head Coach Ed Conroy, who was then promoted to associate head coach after finishing up his fourth season with Minnesota.

As a sophomore Robbins averaged 14 points and 7 rebounds a game, while shooting 50-percent from the field.

He was named to the Missouri Valley Conference All-Tournament Team.