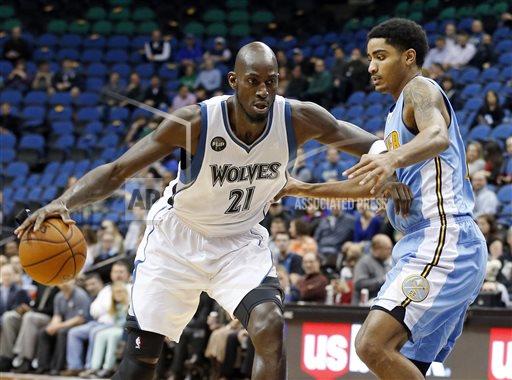 MINNEAPOLIS – Former Timberwolves forward Kevin Garnett will be enshrined in the Naismith Memorial Basketball Hall of Fame as part of its 2020 class. Garnett was one of eight finalists for the honor — all of whom will be inducted later this year.

Garnett is the greatest player in Timberwolves history, coming to Minnesota with the fifth overall pick in the 1995 NBA Draft. He spent 14 seasons with the Wolves, but his greatest was the 2003-04 season where he led Minnesota to the Western Conference Finals and won the NBA Most Valuable Player Award.

In all, Garnett was a 21-year NBA veteran, 15-time All-Star, 12-time All-NBA Defensive Team selection and nine-time All-NBA team selection. He also won an NBA title with the Boston Celtics during the 2007-08 season.

Garnett will join a star-studded class that also includes Tim Duncan and Kobe Bryant.
Duncan’s 19-year career was spent entirely with the San Antonio Spurs where he won five titles, two MVPs, and was a 15x All-Star.

Bryant’s 20-year career was spent in LA with the Lakers, where he won five titles, an MVP, and was a 18x All-Star.