While the financial numbers look pretty stable for the City of Morris, the budget numbers for the state are looking bleak. Morris City Manager Blaine Hill told the KMRS Community Connection that he received a March/April publication of the League of Minnesota Cities, obviously written before March, which did not make a single mention of COVID-19. The economic landscape has shifted quickly, Hill noted.

The Council passed a resolution on Tuesday accepting and approving the 2019  annual financial statements for the City of Morris. The City received a clean audit from its auditing firm Eide-Bailly. 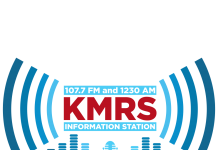