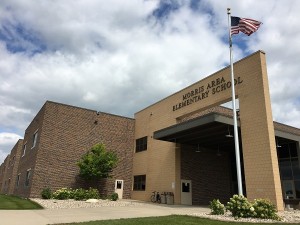 Following the lead of the City of Morris, Superintendent Troy Ferguson announced the closure of the playground at Morris Area Elementary School until further notice. Ferguson said the decision to close the playground is supported by Horizon Public Health and other school districts and municipalities are following suit. “I realize this will not be popular, but it is in the best interest of safety and well being of our community,” Ferguson wrote in a letter to parents in the school district.

Ferguson said the school had been taking preventative steps to disinfect the Elementary playground by spraying daily and having school age childcare kids wash hands before and after use. But after consulting with public health and city officials, the decision was made to close.