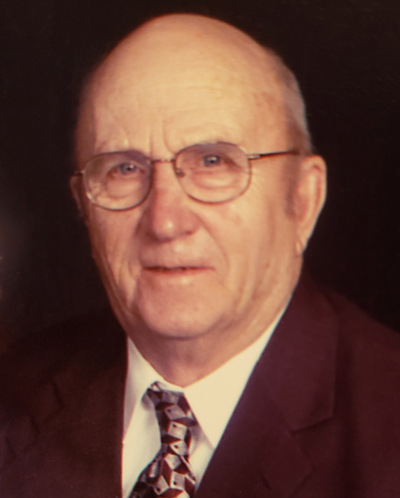 Due to current guidelines, a private family burial for Ron Bahl will be held in Appleton City Cemetery and a Celebration of Life will be held at a later date.

Ronald Arttie Bahl was born August 8, 1930, to Arttie and Laura (Dehne) Bahl at home in Edison Township, Swift County, Minnesota. He was baptized at the Holloway Methodist Church. Growing up, they lived in Danvers, Holloway, and the Woodworth farm near Holloway, where his sister Vickie joined the family. Ron attended school in Danvers, District 69, graduating from Appleton High in 1947. As a youth, he was very involved with showing sheep in 4-H and worked at Phillips 66 in Appleton, MN.

While at a family reunion on July 4th, at the Madison City Park, he met a fellow teenager from Louisburg, MN, named Doris Fossen.  They were married September 9, 1950, at Minnesota Valley Lutheran Church. They settled in at the “little place,” where they farmed, milked cows, and did all the typical 1950’s farm life. As the children, started coming, Linda, Jim, Glenn, David, and Wanda, the move was made to the big square house, just down the road. Along with farming, he picked up many off farm jobs from driving sugar beet truck to working at Jacobson and Peterson to being wing man on the snow plow to working auctions for Buzz.  In 1987, they moved into Holloway and into Appleton in 2004.

When it was too wet to farm, he’d load everybody up, hook on to the red tub and head to Red Rock or Laq qui Parle, for some fishing and a picnic. Many an evening were spent playing whist or dominoes. He loved nature, riding around looking at the ducks; going to auctions, flea markets and thrift stores buying treasures, many of which they refinished and “flipped.”  Ron enjoyed traveling, he especially loved going to Arizona and Alaska.

He was preceded in death by his wife of 56 years, Doris; his parents: Arttie and Laura Bahl; son-in-law: Gerald Baldock; and daughter-in-law: Vickie Bahl.