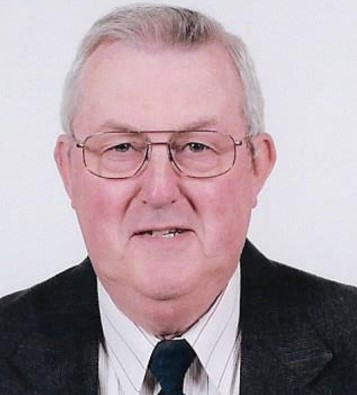 Memorial Service for Jerry Halvorson is being planned for a future date.

Jerald Dean Halvorson was born July 21, 1936, in Appleton, Minnesota, the son of Henry Adolph and Viola Elizabeth Halvorson.  He was baptized at First Congregational Church in Appleton.  Jerry attended Appleton High School, where he graduated, Class of 1954.  After high school, Jerry joined the MN National Guard from 1954-1964.  On May 11, 1957, Jerry was united in marriage to Ruby Louise Arnold at St. John’s Lutheran Church, Moyer Township.  He and Ruby were blessed with 58 years together and a son, Kevin.

Early in his working years, Jerry was employed by Green Gro Fertilizer and Renco Gas Company, where he was the plant manager.  Jerry was hired as a patrolman for the Appleton Police Department in 1969.  During the next 22 years he would work his way up to Chief of Police.  Upon his retirement from law enforcement in 1991, Jerry trucked for Gibson Trucking, Lakeside Foods, and hauled sugar beets until 2011.  He was very grateful to have trucking as his second career.

Jerry enjoyed motorcycling across the US and Canada, loved to camp with his family, and he and Ruby took bus tours to all corners of the US and Canada.  Most of all, Jerry appreciated spending time with his family and friends.  He was truly a “family man” who enjoyed all family events and keeping in touch with his cousins and other relatives.

He was a lifetime member of First Congregational Church in Appleton, where he served on the Church Council for many years.  Jerry was a member of the MN Police and Peace Officers Association, the MN Chiefs of Police Association, and the MN Law Enforcement Fire Arms Instructors Association.  He was also a proud member of the AMVETS Post #151 and American Legion Post #72, both of Appleton.

He was preceded in death by his wife: Ruby in 2015; his parents: Henry and Viola Halvorson; his brothers-in-law: Vernon Arnold, Leland Arnold, Marvin Beyer, Archie Tallman, and Leonard Ward; sisters-in-law: Joan Arnold and Shirley Tallman.