In the midst of proposing a $50 billion package to help the child care industry be included in the next COVID aid package that passes through Congress, KMRS News Director Marshall Hoffman asked United States Senator Tina Smith on the KMRS Community Connection program: How many enormous relief packages can the country afford? Smith acknowledged there is a debate in the country about what can we afford to do versus what can we afford not to do.

“The job loss, the impact on family’s incomes and economic stability and their potential of losing their homes, not to mention their jobs — it is a real crisis,” said Smith. “And this is the time when the federal government needs to step in with economic stimulus and with help to families and to states so that the whole economy doesn’t completely grind to a halt. And I think that’s the role of the federal government right now. And the cost of not doing that is so much greater than the cost of doing it.” 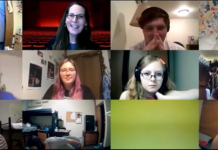