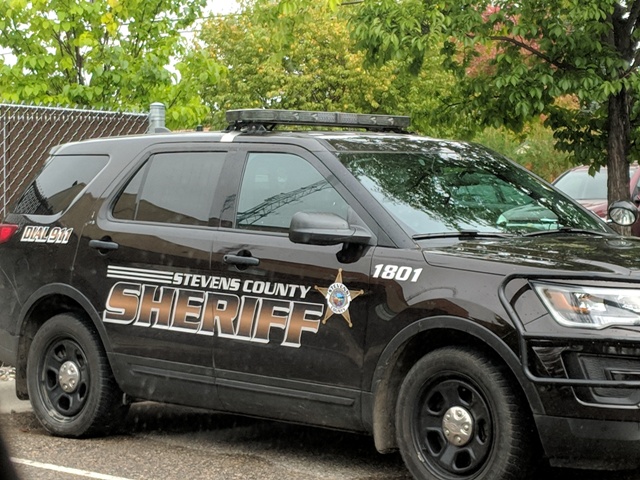 The Stevens County Sheriff’s Office received an ‘Attempt to Locate’ message from Pope County on Tuesday to check on the welfare of a man who left his home in Glenwood. Family members were concerned for his safety and wellbeing.

A Stevens County Sheriff’s Office Deputy located the vehicle being driven by the subject on MN Highway 9, between Morris and Hancock, late Wednesday morning. The deputy attempted to stop the vehicle and the subject did not stop and a vehicle pursuit ensued. The pursuit covered approximately 8-miles and reached speeds of 60-miles-per-hour. Tire deflation devices were attempted at one point but the subject was able to avoid them.

The subject’s driving conduct was very erratic and at times travelled in the oncoming lane. Several attempts were made to box in the subject. At one point, the subject drove partially in the ditch to avoid being forced to stop. The pursuit ended when the driver turned onto a dead-end road. The driver of the vehicle was then apprehended without incident and brought to the Stevens Community Medical Center for a mental health evaluation.

The Morris Police Department assisted during this pursuit.