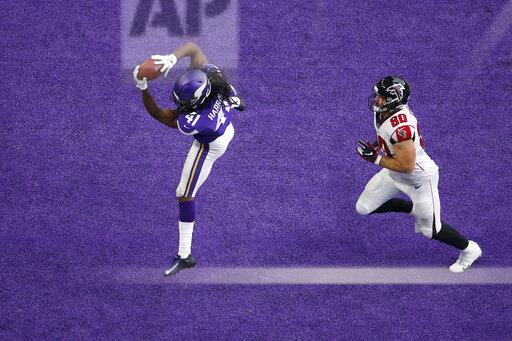 By signing the tender, Harris will be paid a guaranteed salary of $11,441,000 for the 2020 season. Harris and the Vikings have until the July 15 deadline to agree to a long-term contract.

“I will let my agents and the Vikings work towards long term certainty in Minnesota, but I am excited to be back for the 2020 season,” Harris wrote in a statement posted on Twitter.

Harris, 28, tied for the NFL lead with six interceptions during his breakout campaign in 2019 and has totaled nine over the past two seasons, including a pick against Saints quarterback Drew Brees in Minnesota’s wild-card playoff victory in New Orleans on Jan. 5.

The safety first saw his way onto the field via special teams and became a starter at safety opposite Harrison Smith in 2018, when injuries to Andrew Sendejo paved the way for Harris’ opportunity.

Harris entered the NFL in 2015 as an undrafted free agent from Virginia. Injuries at the end of his college career and subsequent shoulder and hand surgeries limited what he could do physically early on in Minnesota.

In addition to his nine interceptions, he has 180 tackles and 11 passes defensed over five seasons.