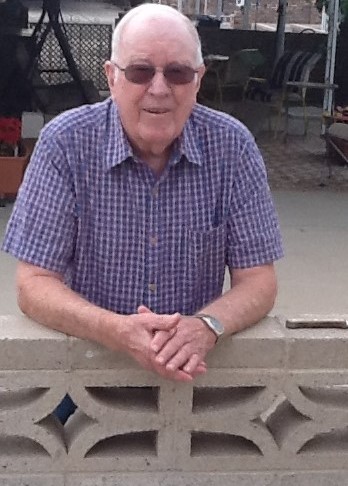 Virgil died peacefully, of natural causes, doing what he loved. He was spending time camping in the woods, getting ready to ride his side by side on the trails.

Funeral arrangements are pending at this time.

Virgil was born to Paul and Leola ‘Nelk’ Gaulrapp on June 23, 1930, in Wheaton, MN. When they brought him home from the hospital, he was kept warm in the kitchen near the open door of the oven as he was very tiny. Virgil was the middle child of three children. He attended country grade school and graduated from Wheaton High School. Virgil grew up on the family farm southeast of Wheaton. Virgil met the love of his life, Alma “Butch” Vathroder while working at the Red Owl grocery store in Wheaton where they both were employed. They were married on February 5, 1951, at Ave Maria Catholic Church in Wheaton. Virgil and Alma lived and farmed in Traverse County from 1949 until 1980. Throughout this timeframe, Virgil sold cars, carried mail in Wheaton for 10 years, was a crop adjuster for 40 years and finally fully retired at the age of 83. Virgil and Alma moved off the farm and into Wheaton in February of 1993. Virgil was known for his contagious smile and conversation. He enjoyed people and loved to share stories with family and friends alike. He brightened the world, cherished his family, (especially the little ones), and loved the outdoors. He treasured spending time with his children, grandchildren and great-grandchildren. Some of Virgil’s favorite pastimes were hunting, fishing, traveling, riding his side by side and driving his convertible on a nice sunny day. Virgil always looked forward to going south in the fall to spend his winter in sunny Yuma, Arizona.