The Muhammad Ali Sports Humanitarian Award is given to an athlete whose continuous, demonstrated leadership has created a measured positive impact on their community through sports. The candidate must embrace the core principles that Muhammad Ali embodied so well, including confidence, conviction, dedication, giving and respect. The winner will be able to direct a $100,000 grant from ESPN to the qualified charity related to the award-winning humanitarian efforts. The finalists will be able to direct a $25,000 grant to the charity related to their award-winning efforts.

All nominees will be featured in ESPN studio shows the week of June 15. The winner will be announced during The 2020 ESPYS on June 21.

Six-time MLB All-Star Nelson Cruz has completely transformed the safety and welfare of his hometown (Las Matas De Santa Cruz) in the Dominican Republic. Thanks to Cruz, the town has a fire engine and an ambulance to treat and transport people to the hospital, which is nearly one hour away. He built a new police station to replace the plywood shack structure and donated a motorcycle for the police officers, who previously had to walk. Annually, Cruz brings dentists and optometrists to his hometown’s local clinic to provide checkups, medicine and eyewear. His health event with volunteer doctors, and donated equipment and medicine, enabled more than 1,200 people to be evaluated and treated. He has purchased wheelchairs, crutches, walkers and canes for elderly and disabled residents. Cruz’s Boomstick23 Foundation also has laid the groundwork for a new education and technical center to help young people learn how to advance their employability by learning trades such as carpentry or electrical, and how to better use farmland to produce crops. Additionally, his Healing Venezuela initiative helps 2,000 Venezuelan newborns annually receive life-sustaining nourishment during their first year (a 400% increase since Cruz became involved).

After publicly sharing his own battle with anxiety and depression, Kevin Love has committed to normalizing the conversation around mental health. As soon as Love bravely used his voice, he inspired others to follow suit, sharing their own struggles as well. Teammates and fans responded with words of support and encouragement. He regularly engages with children who suffer from depression and anxiety and find encouragement in his story. Through the Kevin Love Fund (KLF), he’s developing an education curriculum designed to destigmatize challenges with mental health and to model the presence of emotion as an important dimension of the human experience, with a goal of reaching millions of students. The KLF also is endowing a Research Chair at UCLA that will empower eminent UCLA psychologists working to revolutionize treatments for anxiety and depression and give hope to millions of sufferers around the world.

The McCourty twins feel strongly that too many kids with great potential get stuck with juvenile records at a very young age. In many cases, this marks the children for failure later on in life. Devin has been a passionate advocate for criminal justice reform at the Massachusetts State House. Thanks to his leadership, Massachusetts Governor Charlie Baker signed a bill to increase the age at which children can be charged in juvenile court from 7-years old to 12-years old. When his brother Jason joined the Patriots, together they urged lawmakers to raise the age of adult court jurisdiction from 18 to 19, a move that the bill established a task force to study. They also are working together to address disparities in educational funding. Thanks to their leadership, the Massachusetts Legislature passed a bill that will invest $1.5 billion in the Massachusetts public education system over the next seven years, focusing primarily on underfunded schools with low-income students.

One of the most decorated basketball players in the history of the game, Maya Moore was the reigning WNBA All-Star Game MVP and four-time WNBA champion when she stepped away from the game in her prime to pursue finding justice for Jonathan Irons, who as a minor in 1993 had been sentenced to 50 years in prison for burglary and assault. Her story is one of selfless dedication, faith and pursuit of truth. She made the decision to use her platform to raise awareness for Iron’s case and the need to entirely re-imagine what “winning” means in our criminal justice system. She gave a voice to the voiceless by speaking at schools and the Congressional Black Caucus, joining The Marshall Project’s panel What’s The Story, and launching a nationwide petition through Change.org and her initiative, Win With Justice, that gained over 125,000 signatures. Moore’s goal was to gain freedom for Irons, and while Iron’s continues to persevere through a multi-layered appeals process, she recently achieved a huge milestone in that journey: his conviction was recently overturned by a Jefferson City judge, who claimed the initial convictions to be weak, circumstantial and marked with inconsistencies.

WWE Superstar Titus O’Neil is an accomplished athlete, global entertainer and philanthropist. He grew up in poverty, labeled a “bad kid” who would be dead or in jail by the time he was 16. People invested in him when they had nothing to gain in return. As a result, he graduated from the University of Florida with academic and athletic accolades. O’Neil has made it his mission to create change for those in need. He supports thousands of individuals through various nonprofits including Susan G. Komen, Boys & Girls Clubs of America and Special Olympics. Through his Bullard Family Foundation, in partnership with Hillsborough County Public Schools, he’s transforming Sligh Middle Magnet School and the surrounding area in Tampa, Fla. into an innovative education and community hub to create lasting generational change. This includes a first-class gym for school staff, a multi-million-dollar track and turf field for community health and wellness and a prosperity center offering support services to lift families out of poverty. 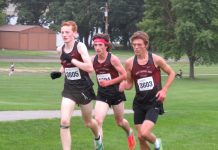 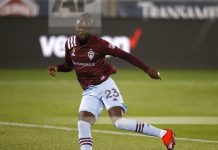 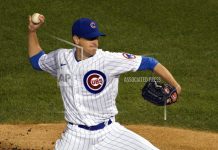