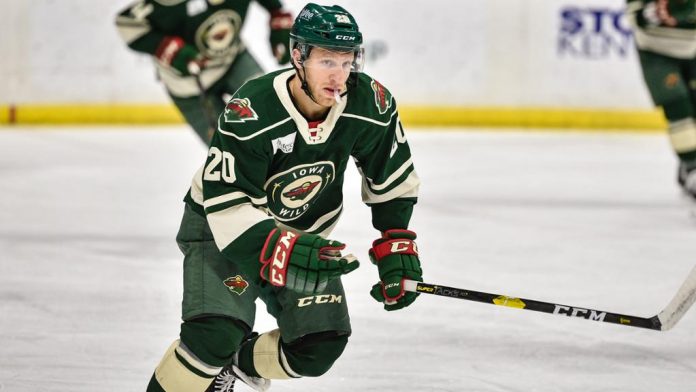 Iowa Wild sniper Gerry Mayhew has been named the American Hockey League’s most valuable player for the 2019-20 season.

The honor is well-deserved for Mayhew, who scored a league-best 39 goals, the most by an AHL skater since the 2011-12 season. That prolific performance helped the Iowa Wild put together the best regular season in franchise history.

He also established a recognizable brand in Des Moines with the hashtag #GerryTime emerging as a popular trend on social media.

In addition to his AHL dominance, Mayhew scored a goal in his NHL debut on Oct. 15 against the Toronto Maple Leafs. He played 13 games for the Minnesota Wild this season, though he struggled to have the impact he had in the minors.

Originally from a suburb of Detroit, the 27-year-old Mayhew played collegiately at Ferris State University before turning pro and signing a minor league contract with the Iowa Wild. He later signed a two-year, two-way contract with the Minnesota Wild.