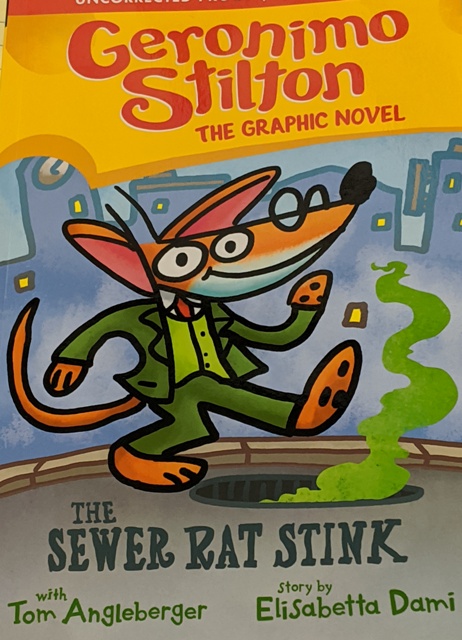 Tom Angleberger, bestselling author of the Star Wars Origami Yoda series of books, told KMRS that he considers having Asperger’s Syndrome a kind of superpower.

“Because I have autism, some people might assume that that would stop me from doing stuff. And in truth, there are a few things that I can’t do, or that I’m really bad at,” said Angleberger. “But the truth is that autism is what powers my work. For instance, the whole story of Origami Yoda, the story of a kid with a Yoda finger puppet walking around school making it talk to people — that story would not have come from a totally normal person.”

Angleberger said autism has given him a connection with kids, especially but not limited to, autistic kids. His latest book is his first graphic novel based on the popular Geronimo Stilton chapter books and is titled “Geronimo Stilton — The Graphic Novel: The Sewer Rat Stink.”