The Pay It Forward Stevens County Committee gave a rare posthumous award yesterday to honor the late Steve Hokanson. While he worked for UPS and the Pedersen Funeral Home, Hokanson was cited for his lifetime acts of service helping random people in need. His widow Randee Hokanson of Morris tried to explain her late husband’s volunteer ethic.
“He wasn’t a big joiner. He didn’t like to belong to things,” she said. “He was supportive of things, but he didn’t want to be on the committees and the decision-makers. He was one of the only people I knew that was a one-man service club all on his own. He’d pick out the service of the day and go figure out how he could help.”
Hokanson’s friend and co-worker John Anderson nominated Hokanson for the honor, even knowing that his friend always shied away from the spotlight.
“He’d just show up and he’d help,” said Anderson, who grew up in Brandon. “It could be someone entirely, you know, you’d think, ‘how in the world could this happen?’ I think it happened because Steve thought, ‘Here, this person needs some help and I’m gonna go over and see.”

Anderson said that Hokanson never talked about his military service, but only after he died did he learn some details of his friend’s service in the Vietnam War. Hokanson was a member of the 173rd Airborne Brigade, where he earned the right to wear silver wings and the Green Beret. His regiment had 12 Medal of Honor winners and 8,433 Purple Hearts awarded, as well as 1600 soldiers killed in action. Anderson wrote in his nominating letter that he felt Steve’s “experiences in the jungles of Vietnam led to his great empathy and the beautiful, soft heart he was not afraid to show.” 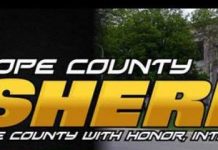 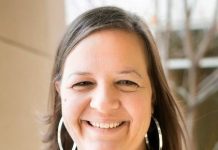 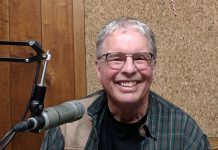