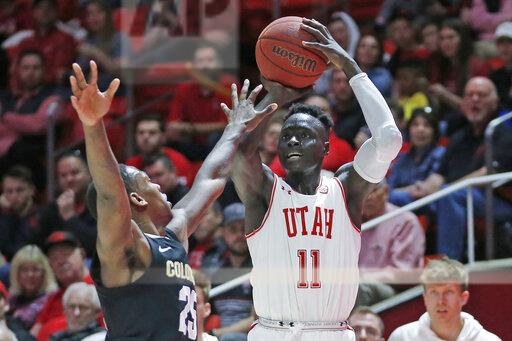 The former University of Utah basketball player, who recently put his name in the transfer portal after considering entering the NBA draft, announced on his Twitter page that he’s transferring to Minnesota.

Gach was a four-star wing out of Austin, Minnesota, before finishing his prep career in Arizona and then beginning his collegiate career at Utah.

“I would love to give a huge ‘Thank you’ to all the schools that took the time to recruit me, but at this time I’m excited to commit to the University of Minnesota and join coach (Richard) Pitino and his staff,” Gach wrote on his Twitter account. “Excited to be back home.”

The 6-foot-6 guard put up averages of 10.7 points, 3.6 rebounds and 2.9 assists as a sophomore at Utah this past season. Following the 2019-20 season, he made himself eligible for the NBA draft.

Gach was recruited by BYU and Utah State this spring before whittling his list of finalists to Auburn, Creighton, Iowa State, Maryland and Minnesota. He’ll need an NCAA waiver in order to be eligible to play in the 2020-21 season. Otherwise, he’ll use his redshirt season up and have two years of eligibility remaining with the Golden Gophers, assuming he ends up officially withdrawing from draft consideration in the upcoming weeks.