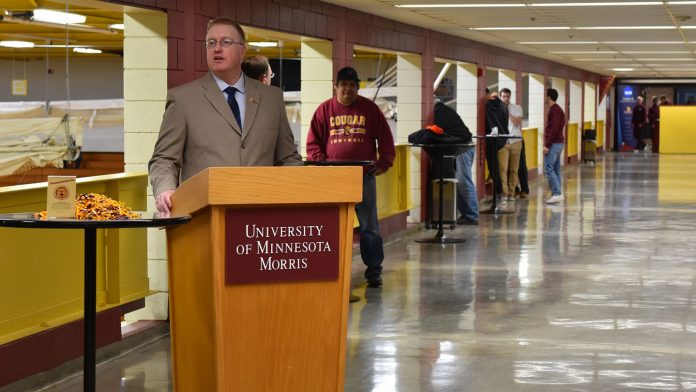 MORRIS – The University of Minnesota Morris has announced that they will induct one individual player/coach and one team into the Cougar Athletics Hall of Fame in 2020. An induction ceremony is scheduled for Friday, October 9 as a portion of UMN Morris Homecoming 2020.

The Cougars 2020 Athletics Hall of Fame inductees are:

Larry Edlund
Larry was a standout Cougar baseball and football student-athlete from 1966-1971 and continued his passion for UMN Morris as a coach/instructor from 1972-1978.
Edlund arrived in Morris on the heels of a storied high school career at Hayfield High School, he holds the state record of 5 no-hitters in a season and shares the state record for 4 consecutive no hit games in a season.

Following the completion of his playing days at UMN Morris, Larry moved on to South Dakota State University where he earned his master’s degree, while working as a graduate assistant in both football and baseball for the Jackrabbits.

In 1972, the University of Minnesota Morris beckoned him “home” and Edlund returned as an instructor in the health and physical education department. He also assumed the role of head baseball coach and defensive coordinator in football. He continued in these capacities through the 1978 season. Under his leadership the baseball team amassed 99 wins and his 1978 team made it to the NCAA Division III playoffs. During his time as defensive coordinator for the football team, the team compiled a record of 59-23, and they were conference champions in 1975, 1976, 1977, and 1978, making the NCAA Division III playoffs in 1976, 1977, and 1978.

After leaving Morris, Edlund continued coaching football teams at the collegiate level, while also earning his PH.D in the process. His coaching stops included time at Central Missouri State University (’80-’82), Eastern Illinois University (’83-’86), and Western Michigan University (’87-’96). He compiled a record of 111-72-4 record, winning four conference titles, multiple appearances in the playoffs and an appearance in the California Bowl game. He was also an assistant coach in the German Football League for the Zaarland Hurricanes.

Larry was also inducted into the Hayfield High School Athletic Hall of Fame in 2016.

1970 Baseball Team
The 1970 Cougar baseball team under the direction of head coach Dick Wenzel who was assisted by Greg Martinson was the first team in school history to win a NIC Conference title, and the first team to move on to the NAIA National Tournament. The team had an overall record of 19-7 and made the NAIA playoffs. In Northern Intercollegiate Conference play they finished 12-3 which was a tie for Co-Champions with St. Cloud State.