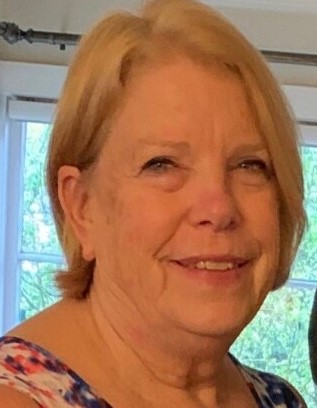 Graveside service for Kathy Crandall will be held Saturday, June 27, 2020, at 3:00 p.m. at Lakeside Cemetery in Herman with Pastor Tim Shekleton officiating.

Kathleen Grace O’Brien was born October 27, 1951, in Minneapolis, MN, to Marguerite (Luikens) and Mark O’Brien of Cambridge, MN. She was baptized in Minneapolis with Ann and Oliver Halvorson as her Godparents.  Kathy attended many schools in her life due to her father being in the military. She graduated in 1969 from St. Paul Central.  Kathy was a dedicated Christian which she carried throughout her life and then instilled in each of her children. She also taught many children in Sunday School.

Kathy spent many of her summer vacations with Sterling and Alice Luikens in Herman, MN, where she met the love of her life, Edwin Dallas Crandall Jr. (Sonny).  As the story goes, Sonny saw a beautiful blonde walking through Herman and he pulled up in his 57’ Chevy. He and his friend asked her and her friend if they wanted to go with them. They respectfully declined. Sonny then saw her again at the Grant County Fair where he then got up the courage to ask her to dance. The rest is history.

Sonny and Kathy where married November 18, 1972, at The Eden Reformed Church in Herman, MN, by Pastor Maynard Andersen.  They resided on the Crandall family farm west of Herman, where they were blessed with six beautiful children.

Kathy learned to operate every piece of farm machinery to help on the family farm, where she and Sonny worked hand and hand together. Kathy is remembered by her husband for constantly and effortlessly working with the livestock and in the fields.  She managed the hog farrow-to-finish operations and operated the nursery with all the newborn piglets.  Kathy managed the cattle operations to include the Angus herd of cows and calves, and all feedlot duties including truck deliveries of western feeder cattle.

After her last child had started in grade school, Kathy decided to pursue her nursing degree. She was never afraid of hard work and is known for never sitting still.

Kathy’s family and friends will always remember her for her precise seamstress abilities. She made many quilts, receiving blankets, potholders and her current project, masks for the pandemic, which she donated to many hospitals, family and friends. Kathy was well known for her potato salad, sugar cookies, and amazing caramel rolls. Kathy’s grandchildren will always remember her for their Skip-Bo and dice games.  She was always willing to stay up late with them to have the best conversations.

Kathy enjoyed endless hours on her patio, caring her beautiful flowers in front of the new house she called home.  She was avid sports fan. When it came to Sunday, Monday, and Thursday night football Sonny did not get to control the remote. Kathy was always the biggest fan and number one supporter for all of her kids and grandkids.

After retiring from nursing, Kathy decided to start selling merchandise. She and her daughter-in-law, Courtney, started a new adventure in the Fall of 2019 when they opened up KaCo’s Little Shop in Sisseton, SD.

Kathy was a devoted wife, mother and grandmother. She had many grandchildren whom she had a special bond with, each one in a different way. Each of them have many special memories with her.

Throughout Kathy’s life she instilled greatness and strength in her family and she is our true champion.

Funeral arrangements are with Bainbridge Funeral Home in Herman, MN. 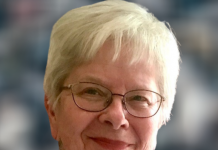