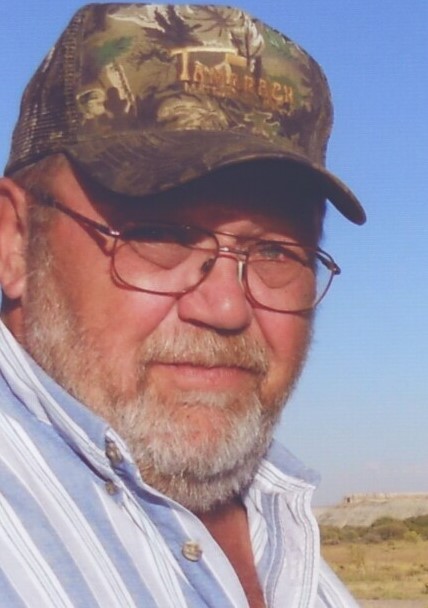 Memorial service for Charlie Boe will be Friday, July 3, 2020, celebrating Charlie’s life will be limited to family with Rev. Chris Richards of Trinity Lutheran Church in Cyrus, MN, officiating.

Due to size limitations imposed by the State of Minnesota in response to the COVID-19 pandemic.

Inurnment with full military honors will be Friday afternoon in Pelican Lake Cemetery, rural Ashby, MN. Honorary pallbearers will be all of Charlie’s nieces and nephews.

Charles Edward Boe was born on August 7, 1949, in Fergus Falls, MN. He was the youngest of six children born to Selmer G. and Irene (Osmon) Boe. He grew up in nearby Ashby, where he and his family were members of Trinity Lutheran Church. Charlie was a 1968 graduate of Ashby High School. The December prior to graduation, Charlie enlisted in the United States Air Force, where he received training as an aircraft mechanic. He served four years active duty, attaining the rank of Sargent, before his honorable discharge in December of 1971. He continued his service in the Air National Guard until December of 1973. After returning home, Charlie worked various manufacturing jobs before being hired by Lowry Manufacturing in Lowry, where he worked fulltime for 20 years and then part-time for 7 years before his retirement in 2020.

On March 23, 1989, at the Conservatory on the campus of the University of Minnesota – Morris, Charlie was united in marriage to Gail M. Gades of rural Morris. As a result of their union, he became the (step)-father to Gail’s three daughters, Romalea, Breanna, and Tiffany. He loved them and the grandchildren they would eventually provide, with all of his heart. After spending years as the only male in the close-knit family, he shared a special bond with his grandson Cody. Following Charlie and Gail’s marriage, the family made their home on a farm near Glenwood where Charlie enjoyed building, welding, leatherwork, horses, and metal work. Charlie and Gail raised and bred American Quarter Horses for over 20 years. He was very gifted and could create almost anything including building the farm from the ground up. He collected native Indian works and recently became interested in designing deer stands. Coincidently, at the time of his passing, he and Gail were enroute to their deer stands. The unusually dry June weather had dried up the swampy ground where they hunt each fall and it seemed like the perfect day to get a jumpstart on much needed maintenance.

Charlie had a wonderful sense of humor and enjoyed teasing people. He was tenderhearted and kind and would help anyone who asked for assistance. He was strong in his faith and raised the girls to be strong in their faith also. He was greatly loved and is already missed.

Charlie is survived by his wife of 31 years: Gail of Glenwood, MN; step-daughters: Romalea Stillwell of Breckenridge, MN, Breanna (Rick) Jepma of Hancock, MN, and Tiffany (Robert) Lesmeister of Moorhead, MN; three grandchildren: Cody, Audianna, and Sierra; two brothers: Gary of Glenwood, MN, and Donovan of LaBarge, WY; as well as numerous nieces, nephews, other relatives and many friends.

Arrangements are with Hoplin-Hitchcock Funeral Home of Glenwood, MN.