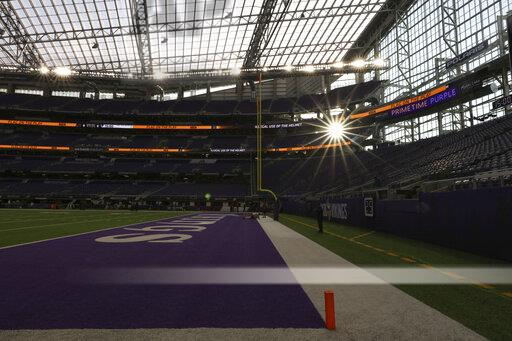 Now entering its fifth season as the Vikings home, U.S. Bank Stadium can no longer truly be called “new.” And yet, the state-of-the-art venue hasn’t lost its luster.

The Vikings have gone 23-9 in regular-season home games since U.S. Bank Stadium opened in 2016; Minnesota also won its lone playoff game there thus far, the thrilling Minneapolis Miracle victory in January 2018. So while the stadium is not a favored destination for opposing teams, it’s earned quite the positive reputation around the league by media members.

Recently, The Athletic’s crew of NFL reporters ranked all of the current stadiums (with the exception of ones that weren’t played in last season), and U.S. Bank Stadium came out on top. The Vikings home “landed on 23 ballots, finishing second to only Lambeau Field with seven first-place votes.” Chad Graff wrote:

U.S. Bank Stadium has a few features that separate [it] from the rest of the pack, even among the newest stadiums. Of course, you’d have to start with the transparent roof, the first of its kind on a North American stadium. From the seats, you can see the downtown skyline through the glass. Many early arriving fans for the Super Bowl two years ago wore sunglasses, offering an outdoor feel in a state where you usually wouldn’t want to be outdoors in February. … From the outside, the glass paneling offers cool reflections of both the skyline and the sunset. There’s no overhanging, massive jumbotron that could distract from actually watching the play below, and, importantly, the seats are spacious and comfortable. It’s not perfect, of course. Occasionally, the corridors can feel a bit cramped. But in a time where many of the modern stadiums feel similar, Minnesota’s stands out.

CenturyLink Field, where the Vikings have become accustomed to playing the Seahawks, came in second on The Athletic’s rankings, followed by Dallas’ AT&T Stadium, Green Bay’s Lambeau Field and Kansas City’s Arrowhead Stadium.

Although Lambeau Field received 10 first-place votes, the top three finishers all landed on more total top-five ballots. Matt Schneidman wrote the following about the venue the Vikings visit once each regular season:

Every time you attend a game at Lambeau Field, you feel like you’re in an NFL history museum. The archaic feel, largest existing Lombardi Trophy replica, metal bleachers, extensive list of Packers NFL championships and many other features of the stadium make it a unique game-day attraction. In the smallest NFL market, the stadium pops up in the middle of nowhere in Northeast Wisconsin, surrounded by the most passionate of diehards who tailgate at all hours. You just don’t get this combination of legacy and lunacy anywhere else.