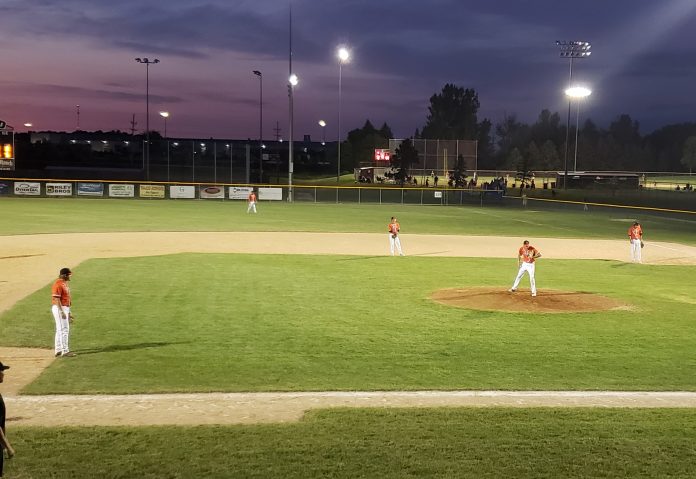 Christian Lessman opened the scoring for NL-S with a first inning RBI single. NL-S added four more in the third highlighted by Hayden Christopherson’s two-run single for a 5-0 lead.

Lessman struckout seven over four shutout innings before getting pulled, that’s when the Morris bats woke up, exploding for five runs in the bottom of the fifth.

Gage Tomoson’s two-run single down the first base line put Morris on the board making it 5-2. Later Derek Giese would tied the game with two-out, two-run single to left field.

NL-S reclaimed the lead on a wild pitch in the sixth, but Morris answered right back with an RBI single from Riley Reimers in the bottom half. Reimers then scored the go-ahead run on an error for a 7-6 lead.

Austin Berlinger earned the win in relief for Morris, striking out 12 over five innings and allowing a run on three hits. Luke Ruter took the loss for NL-S.

Morris is now 2-1 and will host Atwater/Tri-Town on Thursday in Morris.