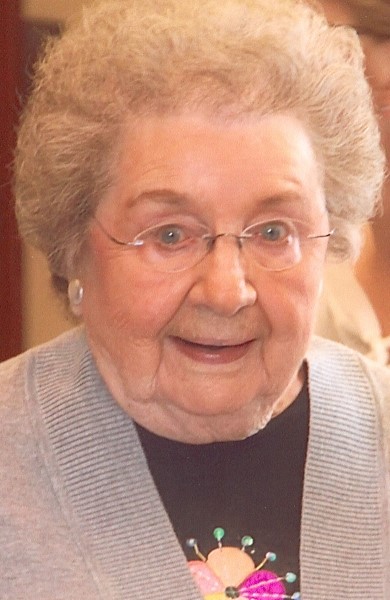 Kathryn Delores Haney, age 101 of Herman, Minnesota, passed away Tuesday, July 14, 2020, at the Stevens Community Medical Center in Morris, MN, due to complications with COVID-19.

Private Family Mass of Christian Burial for Kathryn Haney will take place at a later date.

Interment will be in Lakeside Cemetery, rural Herman.

Thank you to Giny Itzen and staff at “Karen’s House Assisted Living” in Herman for the fantastic love and care mom received this past year living at the home, you gals are the best!

Kathryn Delores (Marth) Haney was born on November 12, 1918, to Frank and Mary (Monn) Marth in Herman, MN. She graduated the class of 1936 in Herman. She met her sweetheart Dick Haney during school days, and they were married shortly after graduation in the late 1930’s.

In January of 1957, through catholic adoption, Kathryn and Dick welcomed their son Patrick into their lives at the age of three weeks old. From then on she spent the rest of her life as a mom and housewife.

Kathryn, Dick and Pat traveled to Florida almost every winter from 1962 until 1982. Kathryn was an active member of the St. Charles Catholic Church in Herman.

She was preceded in death by her parents, husband Dick, and her sister “Winnie” (Marth) Kvaal.

Memorial Donations in memory of Kathryn can be made to the Herman-Norcross School or St. Charles Catholic Church in Herman.

Funeral arrangements are with the Bainbridge Funeral Home of Herman, MN.